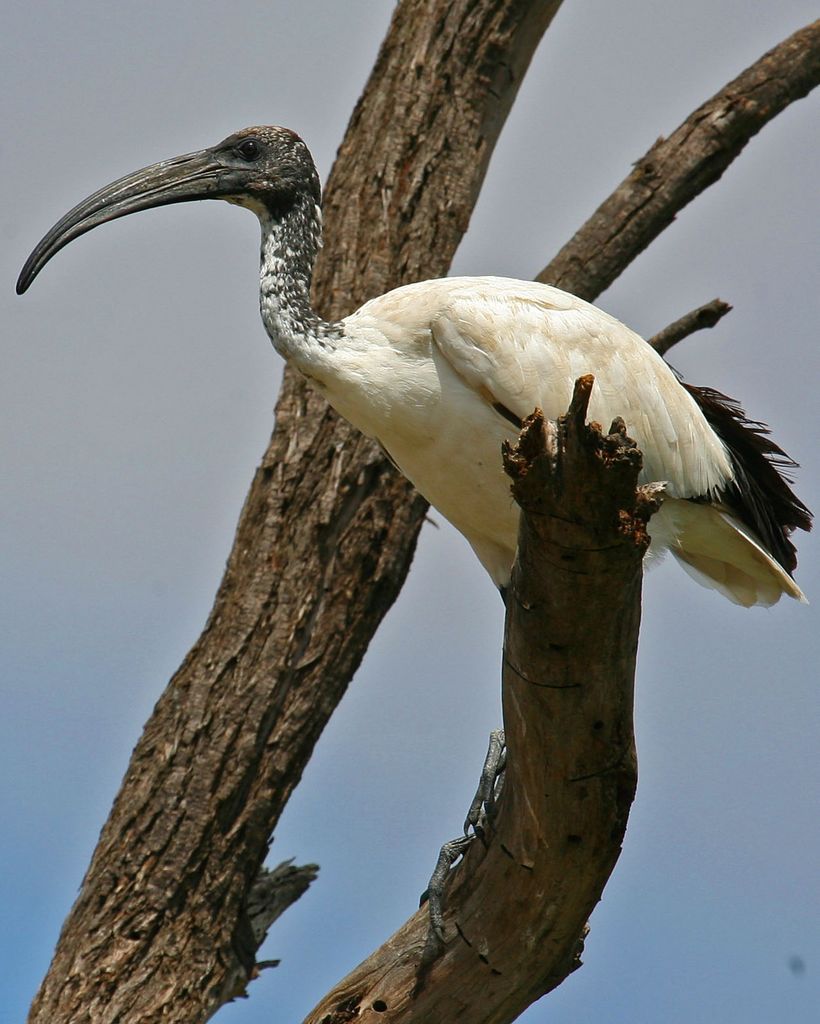 African Sacred Ibis Threskiornis aethiopicus An adult individual is 68 cm long with all-white body plumage apart from dark plumes on the rump. The baldhead and neck, thick curved bill and legs are black. The white wings show a black rear border in flight. Sexes are similar, but juveniles have dirty white plumage, a smaller bill and some feathering on the neck. The bird nests in tree colonies, often with other large wading birds such as herons. It builds a stick nest often in a baobab and lays 2-3 eggs. The Sacred Ibis occurs in marshy wetlands and mud flats, both inland and on the coast. It will also visit cultivation and rubbish dumps. It feeds on various fish, frogs and other water creatures, as well as insects.
Click to expand...

Habitat
Marshy wetlands and mud flats, both inland and on the coast.