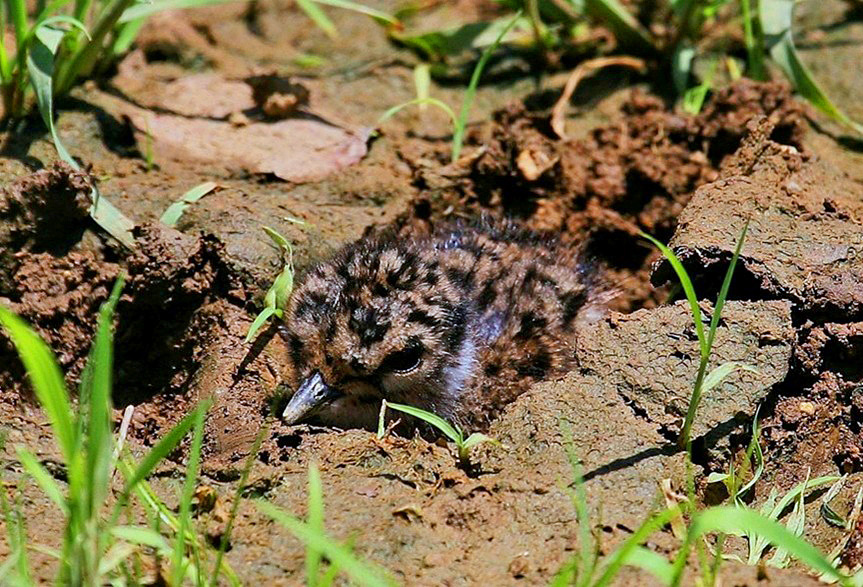 Blacksmith Lapwing or Blacksmith Plover (Vanellus armatus) is distributed throughout southern and eastern Africa. It inhabits the dry ground beside rivers, lakes, dams, ponds, lagoons, waterholes and sewage farms. Is a medium sized lapwing bird approximately 12 inches long. It is a strikingly patterned bird with red eyes, and very long legs. Both sexes are alike having primarily black and white plumage with a tinge of occasional gray. The Blacksmith Plover has a spur on both wings buried in its plumage which is used for fighting and protection
The Blacksmith is an assertive, conspicuous but wary creature. When the Blacksmith Plover is disturbed it makes a very loud metallic sounding "clink, clink" that resembles the sound of someone hammering a piece of metal. These Plovers are usually found alone or in pairs but will occasionally congregate with other plovers and fly in a flock.
Spends most of its time during the day at lakes and marshes with muddy banks where it feeds on insects, worms, snails, seeds, small molluscs, and crustaceans. Lays one to four eggs incubation by both parents begins after the last egg is laid and lasts about 23 31 days.
Click to expand...