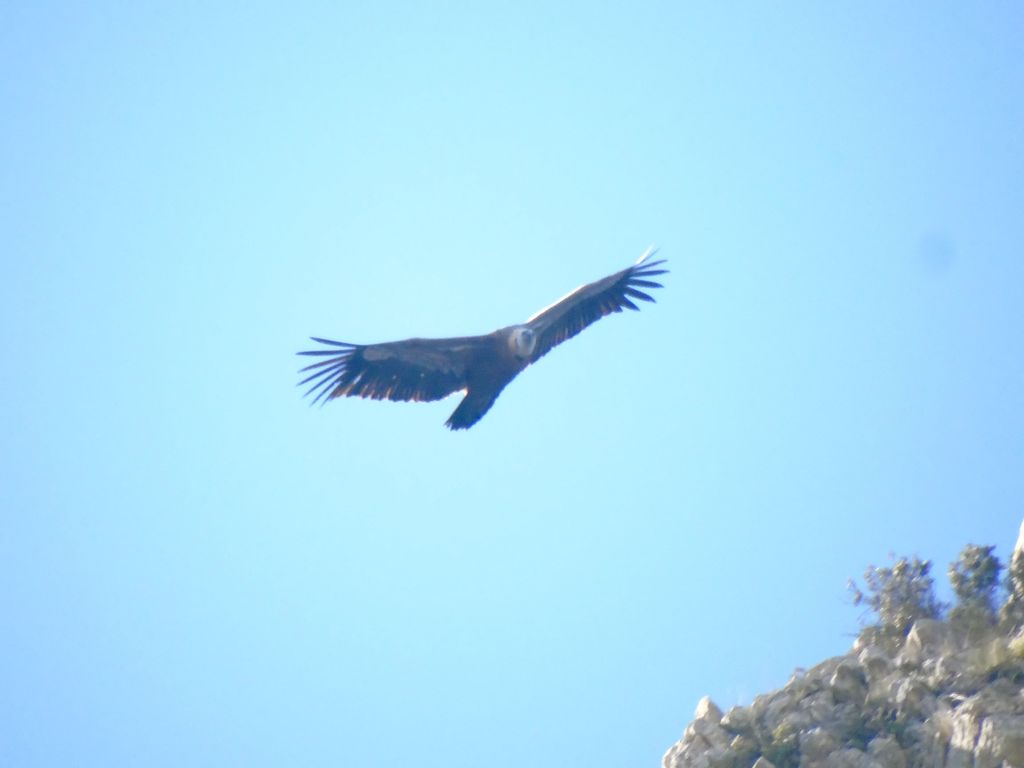 Barranc del Sinc is a huge gorge right next to Alcoy, Alicante region. And the skies above are always full of the magnificent, enormous griffon vultures. I have never seen a bird this big in my life, despite seeing birds like white-tailed eagles. It was just majestic watching them cruise in the sky, and occassionally one or two would pass quite low over the forested gorge, allowing superb images to be taken. This is one such image. Even with an uncooperative camera, a few sightings like this was enough to satisfy me completely.
The largest number of these seen simulataneously was eight. Other birds seen were a golden eagle soaring in Sierra del Maigmo, a goshawk soaring over Castalla, and a peregrine visibly struggling to lug a pigeon it had killed over to the gorge. In short, a wonderful day.
Click to expand...