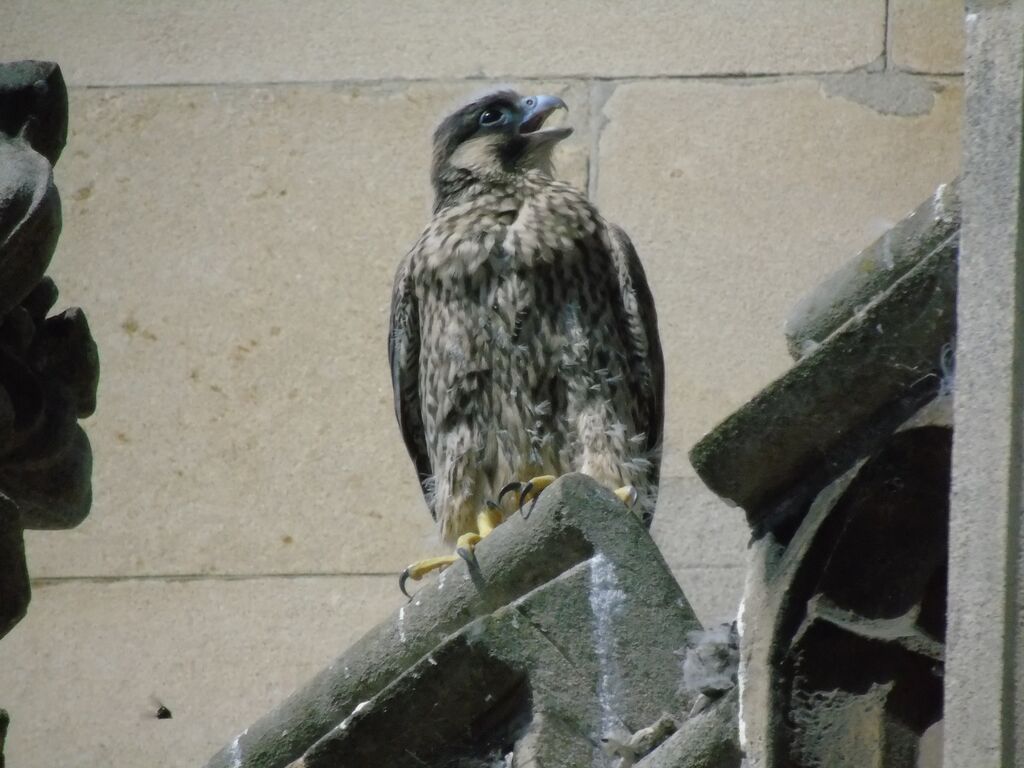 The chicks have grown massively since I saw them a week ago. The biggest one was squeaking all the time as well as hopping from perch to perch and flapping its wings all the time. Having never seen a juvenile peregrine before, this was a first for me, but my focus on the small peregrine led me to miss spectacular flybys and landings from their mother who spent most of her time perched nearby. Delighted to have this family living right next to me. As such, only a tremendous roar from a motorbike which caused even me to jump was the only thing that ever disturbed these birds.
Click to expand...