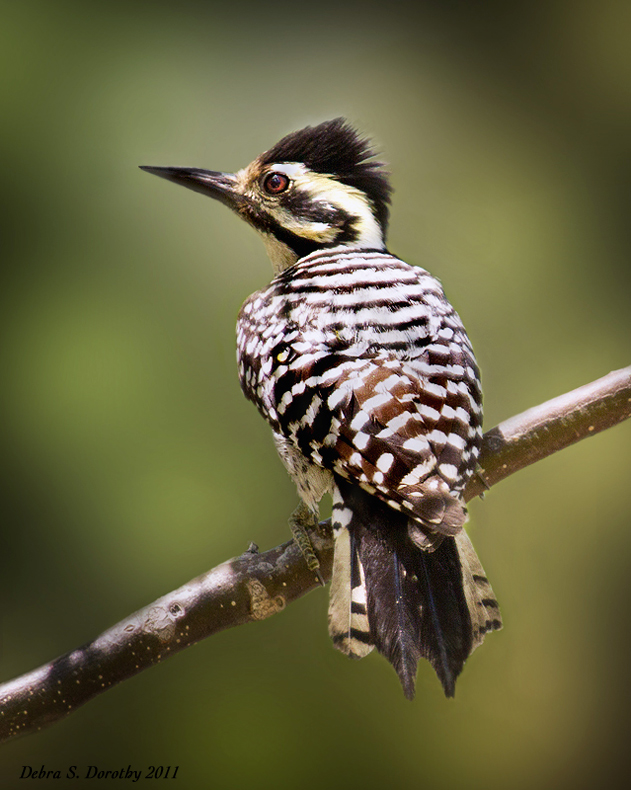 I believe this is a Ladderback Woodpecker???
Click to expand...

That's stunning. Great shot.
Great photo. But I find it hard to say for sure whether it's a Nuttall's or a Ladderbacked. Although the buffish forehead and rather broad white stripes on the head could point towards Ladderbacked, the tail has very very few bars which fits Nuttall's.
I have never been to Big Morongo, but I have seen Nuttall's in Riverside botanical garden, which isn't that far west as far as I know. On the other hand, when I look up Big Morongo on Google Earth or Google Maps, it looks as if it is more or less where the distribution areas of the two species overlap (according to the maps in Sibley's). Perhaps it's a hybrid?

Thank you for sharing,
Cristian
Can't help with the type of WP, but it is a top capture. Thanks.
Beautiful!
Gorgeous!
A real treat to see...

Cora.
Another excellent capture - well done!
Staff member
Opus Editor
Supporter
I can't help with the ID Debbie, but what a great picture that is, and what a super start you've made to your Gallery.

D
Superb shot of this Woody.