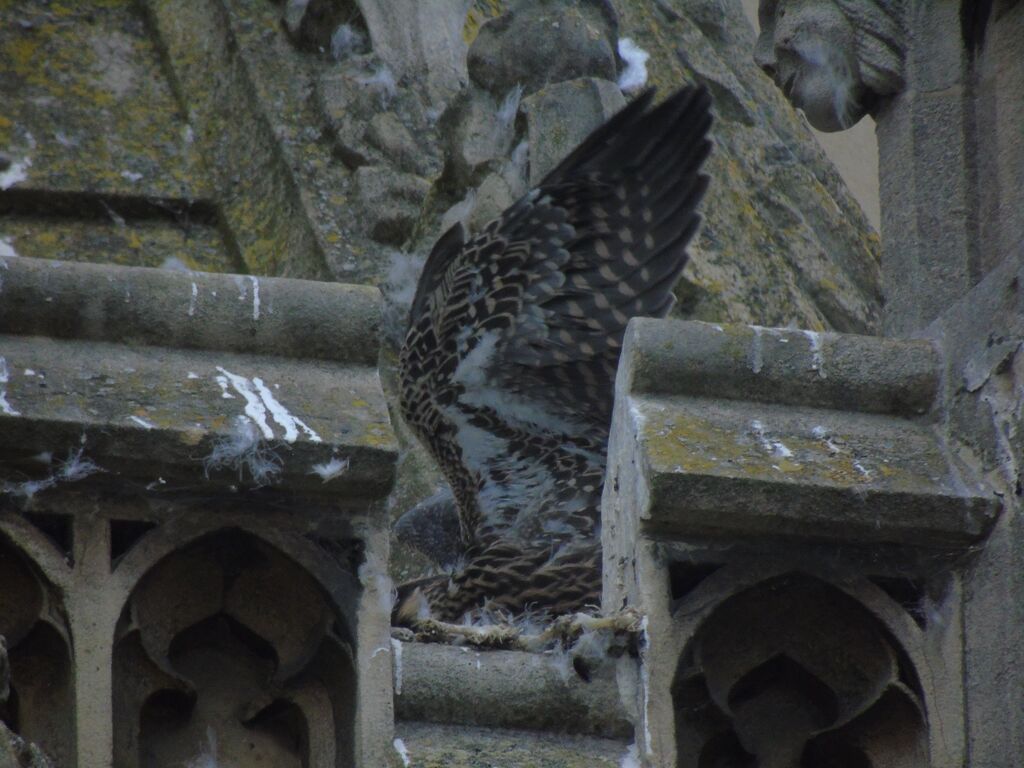 The second eldest peregrine child seems to be intent on taking to the skies, and at one point was madly flapping its wings for a full 10 seconds. It was a spectacle worth observing, though what happened yesterday dwarfs it. The eldest chick attempted to take off and crash-landed onto the sidewalk. It was put in a box and taken to the Raptor Foundation to undergo a so-called 'recovery'. I am actually very much against taking them there, as I have been there and hated the cramped cages the birds live in there, for example a 3m by the same amount box for a huge Siberian eagle-owl hardly deserves to be called 'humane', some of them living right out in the open tied to posts! It could have been easily returned to the nest, but no. Can't imagine what stress levels she will suffer there.
Click to expand...

There are no comments to display.