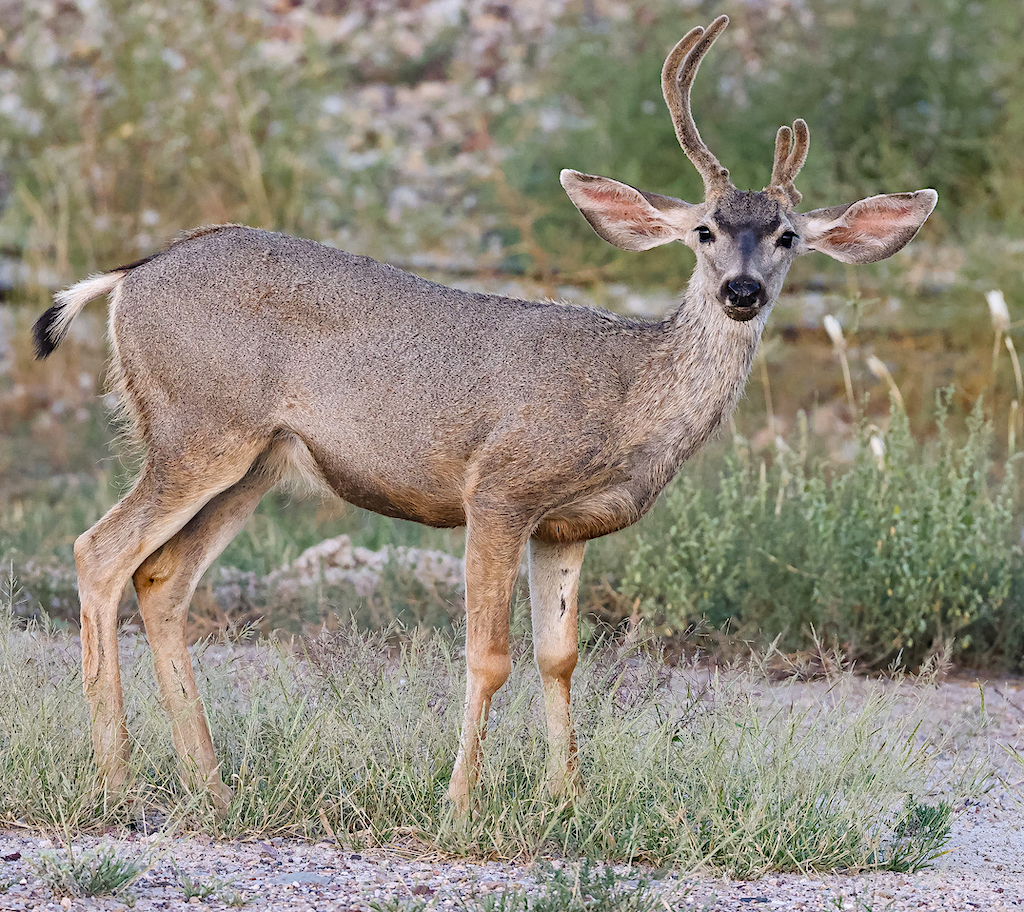 Habitat
Edge of town, urban setting at the edge of an extensive desert grassland with scattered encroaching desert scrub at 1,364 m (4,475 ft) elevation.

Reactions: Ignatius, delia todd and katastrofa
Excellent capture of this Mule Deer Stanley, tfs mate.
a gorgeous portrait of this lovely deer, clearly intrigued by the photographer, top notch, Stanley, many tfs!!
Social Media Editor
How gorgeous is he, Stanley!
Not alien at all you Lucas. Lovely picture of this deer.
he`s a beauty stan...well done bud....
Like those big ears,Stanley.
Supporter
Such beautiful beasts! My Dad had a license to shoot them year-round to protect our orchard, but he could never bring himself to do it. They'd look straight at him with those big brown eyes and he'd turn around, walk back inside and put away the gun ... and then he'd try putting up a taller fence. That worked for a while, until they learned to lean against it long enough and hard enough to bend it down until they could jump over. Finally he had to hire professional fencers to put up a fence that could probably even stop buffalo (which a neighbor had a few of, along with various exotic antilope species).
Wow, I see why they call them mule deer! A great wildlife capture, Stanley.
Supporter
Good shot!