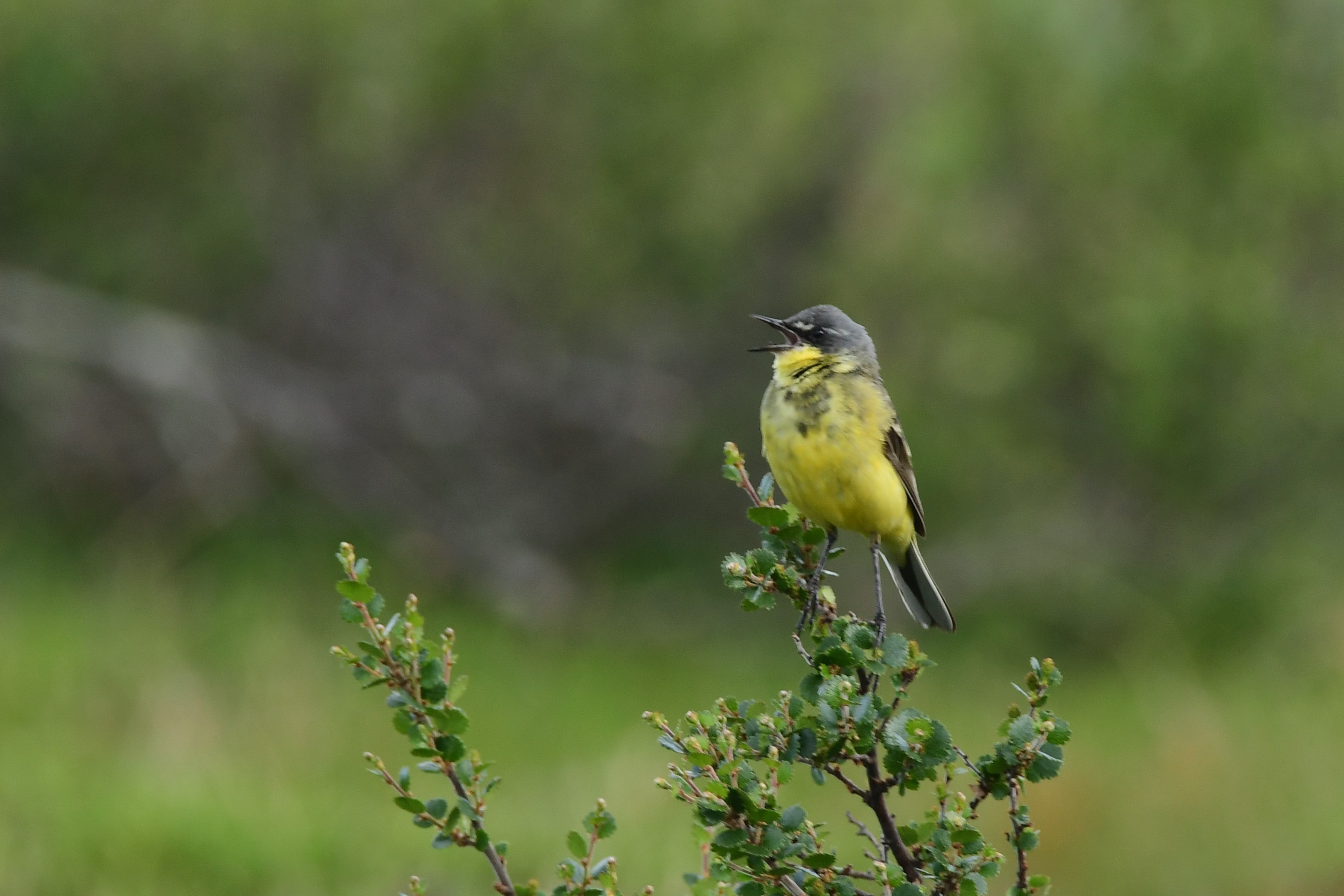 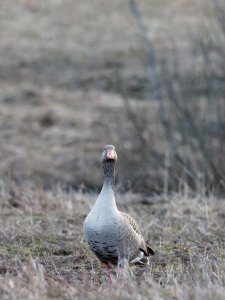 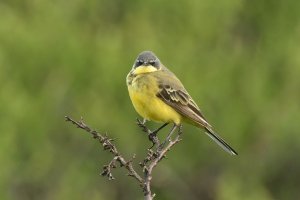 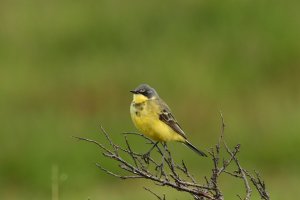 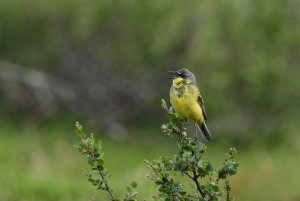 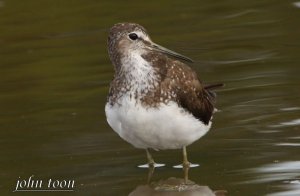 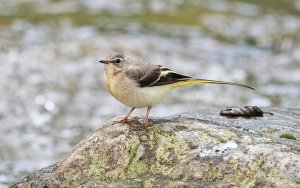 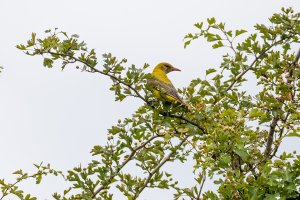 After the loon views, we hiked along the trail, then over the heath to another lake where we saw a large but distant flock of Tufted Ducks, then back to the shore of the first lake and from there back to the main trail heading for the car. We were hearing lots of MIPITs along the way. We'd been seeing loads of them and I reminded Suzon that now we were retracing our steps, we shouldn't add those we now heard to the count. But we could still stop to photograph some, which he paused to do as I walked on. Then he zoomed in on the shot to see how he'd done and called out to me "Wait! It's not a Meadow Pipit! It's a Yellow Wagtail!" So we spent another half-hour slowly tiptoeing closer to a pair of wagtails, getting better and better shots. They were cycling around half a dozen shrubs and tall weeds that marked their territory. When they were at the far side of the circle, we would inch closer, then sit down by a stump or rock and wait for them to get back to the "boundary posts" where we'd lined up our respective shots. They didn't seem stressed by us specifically. Their territory was a lawn-sized patch of heath between two cabins. People were coming and going around the cabins the whole time and the birds just continued to do their rounds of territorial calls.
Click to expand...