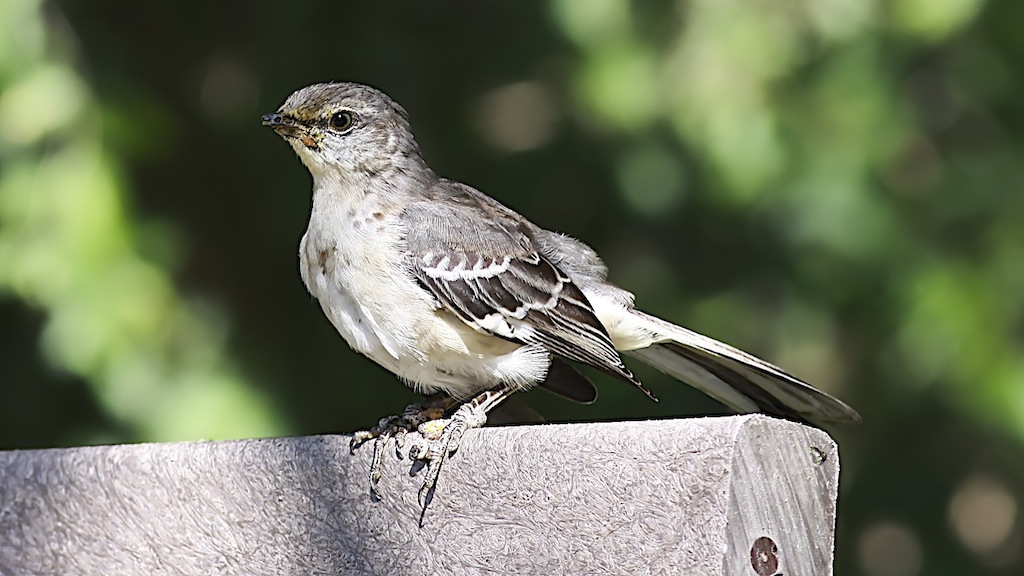 Northern Mockingbird (Mimus polyglottos polyglottos) The Northern Mockingbird is Texass state bird along with Arkansas, Florida, Mississippi, and Tennessee. It is the third most popular state bird behind the Northern Cardinal which is the state bird of seven (7) states and the Western Meadowlark which is the state bird of six (6) states. Three (3) bird species represents 34% (17) of our 50 states as state birds. Sexes similar. Twelve subspecies have been described but only three are recognized. The nominate is the only subspecies mapped for Texas. This unfortunate youngster crapped out in genetics version of a crapshoot. Photographed in the Hugh Ramsey Nature Park in Harlingen, Cameron County, TX, USA. Tamaulipan scrub with a riparian corridor along Arroyo Colorado dominated by Giant Cane at ca. 12 m (39 ft) elevation.
Click to expand...

Supporter
I have had internet problems since last Wednesday. It has been intermittent with it mostly going out in the middle of an internet session. My internet provider advertises 24 hour service or sooner. Two days later they show up and had to make two trips. Anyway, hopefully I am up and running now. Cheers! Stanley
Sorry to hear that stanlry. Hope you interney runs smoothly for you now.|=)|

Excellent image of the Mockingbird :t: Well done
Staff member
Opus Editor
Supporter
It sure did crap out but I'll bet it is just as feisty if not more so to make up for it.

A very interesting and lovely photo Stanley.
A lovely image Stanley, nice work mate
Supporter
Excellent shot of this striking bird Stanley, good luck with your internet mate!
Lovely Mocker capture Stan, well done buddy...Good to hear you've got your internet sorted, even if it did take a while.
Great shot, Stanley! Perch, detail and background all good!
Staff member
Opus Editor
Supporter
He stands out so well against that green background.... this is a beautiful shot Stanley.
A beautiful detailed image of this striking bird Stanley. tfs