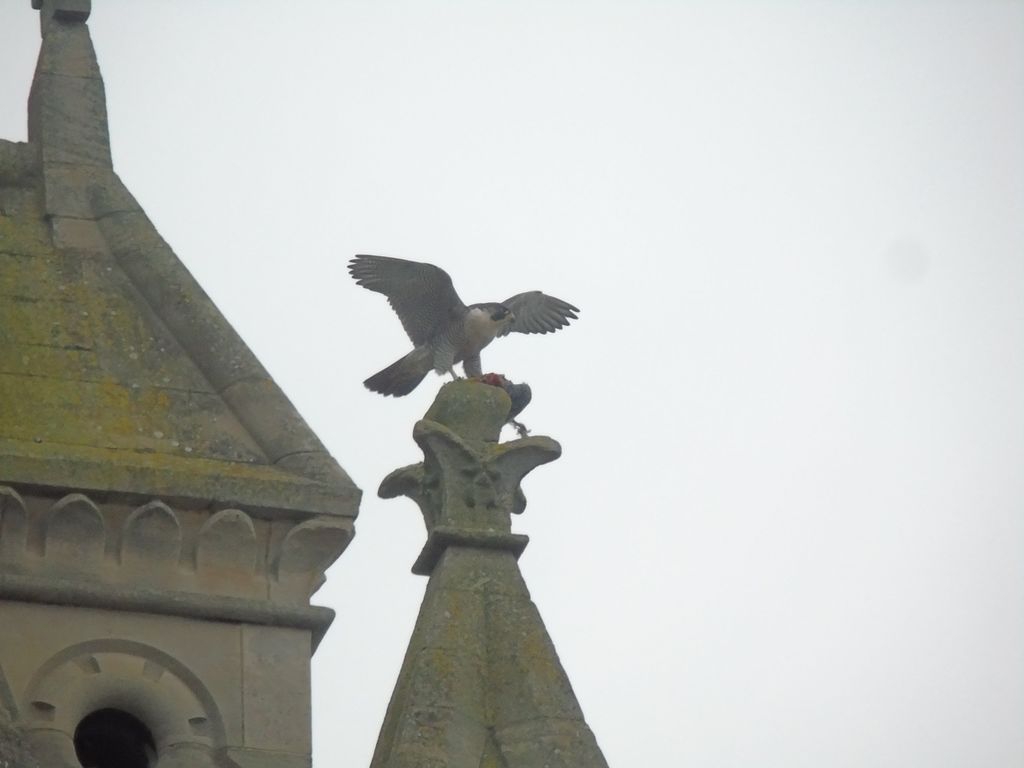 After sitting perched and almost motionless for quite a while, the female peregrine decided ti was enough loitering on the tower and took off, scaring up a cloud of pigeons as she struggled to fly, holding the pigeon she had caught as she did so, somewhere into the direction of King's College. It was at this moment I managed to take this picture. I have never seen the peregrines so cooperative, especially with a fierce storm coming our way now.
Click to expand...

Always a thrill to see a Peregrine - you're so lucky!!!!
Supporter
Looks as if it has its lunch with it. Superb Gleb!