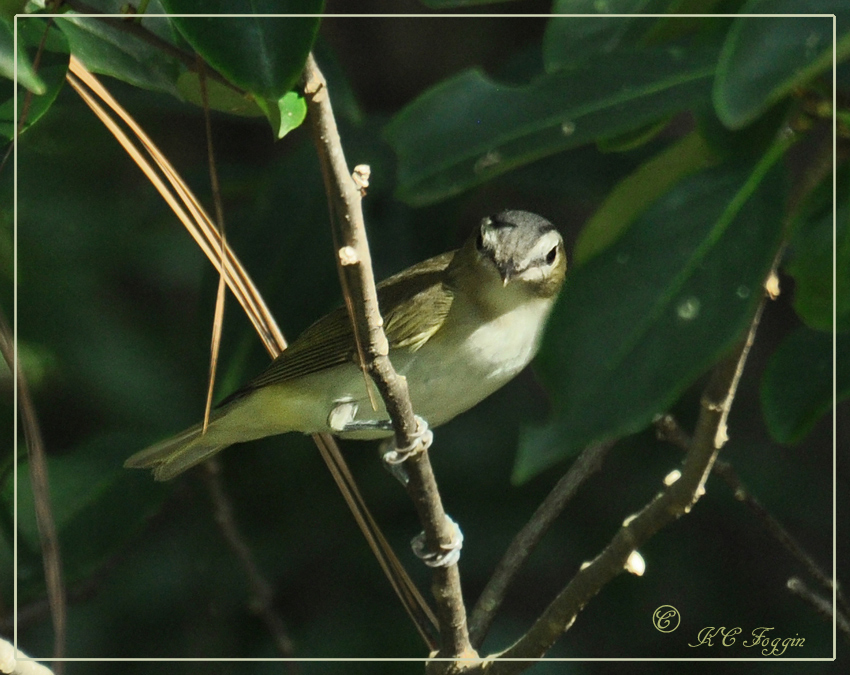 Red-eyed Vireos are large, chunky vireos with a long, angular head, thick neck, and a strong, long bill with a small but noticeable hook at the tip. The body is stocky and the tail fairly short.

Red-eyed Vireos are olive-green above and clean white below with a strong head pattern: a gray crown and white eyebrow stripe bordered above and below by blackish lines. The flanks and under the tail have a green-yellow wash. Adults have red eyes that appear dark from a distance; immatures have dark eyes.
Click to expand...

Habitat
On migration, look for them in nearly any type of forest, woodland, or woodlot (particularly in deciduous stands). It is often the commonest of vireo migrants.