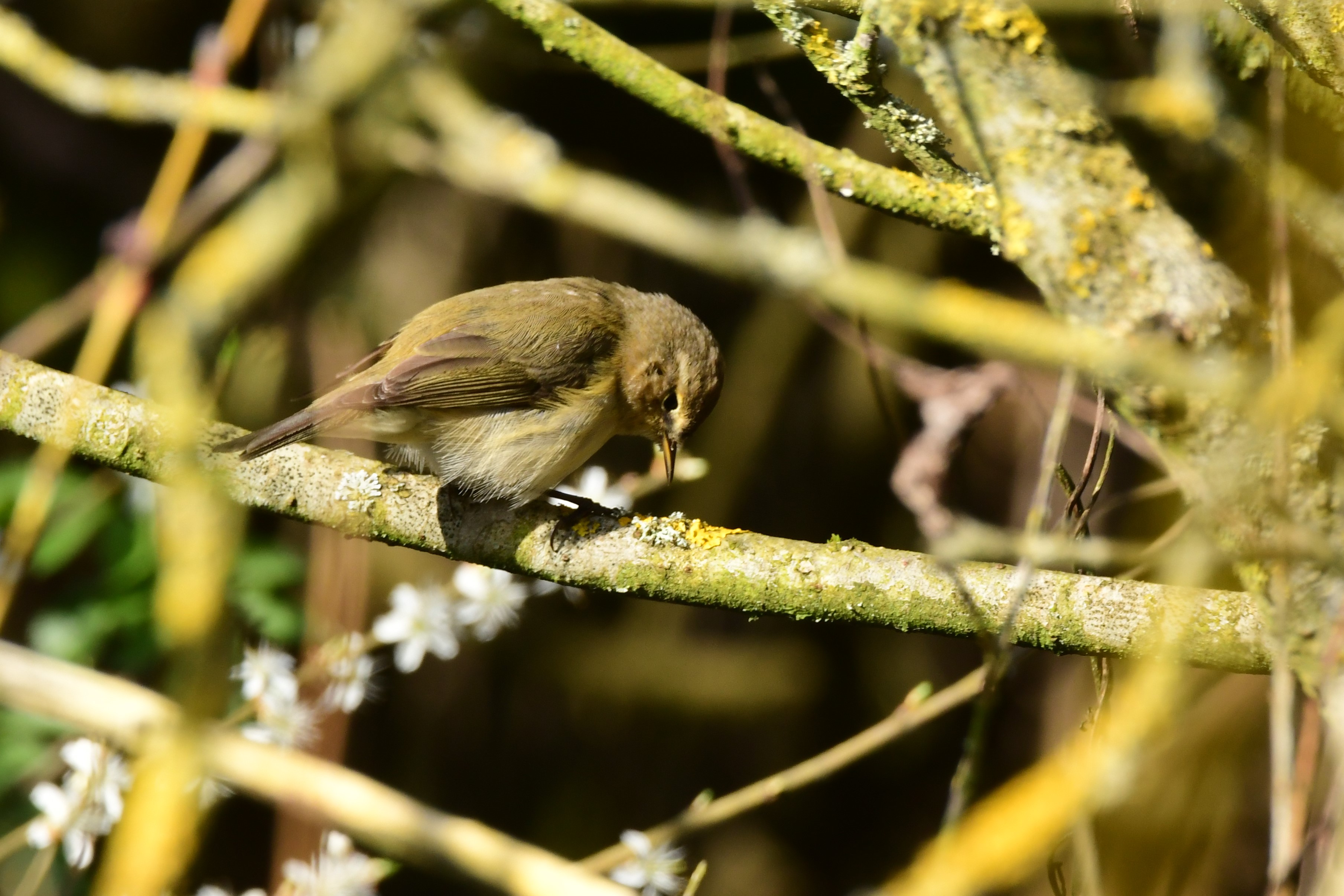 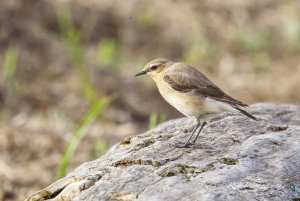 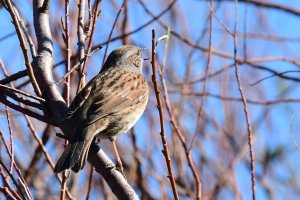 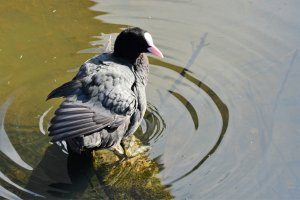 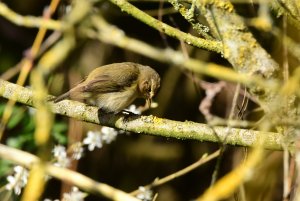 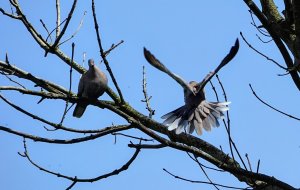 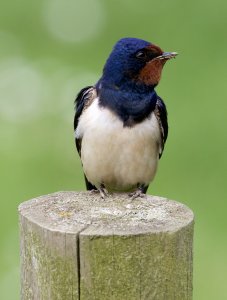 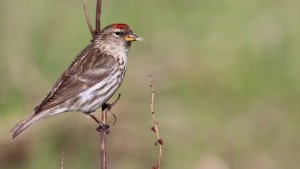 On Mar 19 I was signed up to join an RSPB group on a birding trip to Llanfairfechan. The trip leader would be picking me up, but he also had first to do a morning nature program on the local BBC channel, then pick up three others, then me ... and still be on time to start the program in Llanfairfechan. That meant he couldn't pick me up at daughter's home, but at a shopping mall they would be passing on the way - about an hour's walk away for me. So the day before this was all to happen, I thought I'd better test the route. Didn't want to be getting lost and missing my ride. Also needed to know more precisely how long to allow. It turned out to be rather a pleasant route, the last few miles of which went through a bird sanctuary - one that I later learned son-in-law had helped build out of what had previously been a garbage dump area. I heard rather than saw a lot of birds in the dense thickets of trees that grow in the wetland there now, but this one Chiffchaff was quite obliging, and my FOS for this year.
Click to expand...

Reactions: Ozprey1, Stanley Jones and AliCat
Lovely setting & details!
Brilliant capture of this lovely Chiffchaff Ann, tfs.
love that inquisitive look on its face, Ann, top class, many tfs!!
Supporter
Looks as if this Chiffchaff is quite content in its thicket. Great lighting, focus, colors, and detail Doc! TFS!
Staff member
Opus Editor
Supporter
A great profile image of this beautiful Chiffchaff Ann and captured in some beautiful lighting.
Supporter
Very nice shot. And so happy to hear about the "reclamation" process..
three wonderful images ann...a pleasure to study...many thanks...