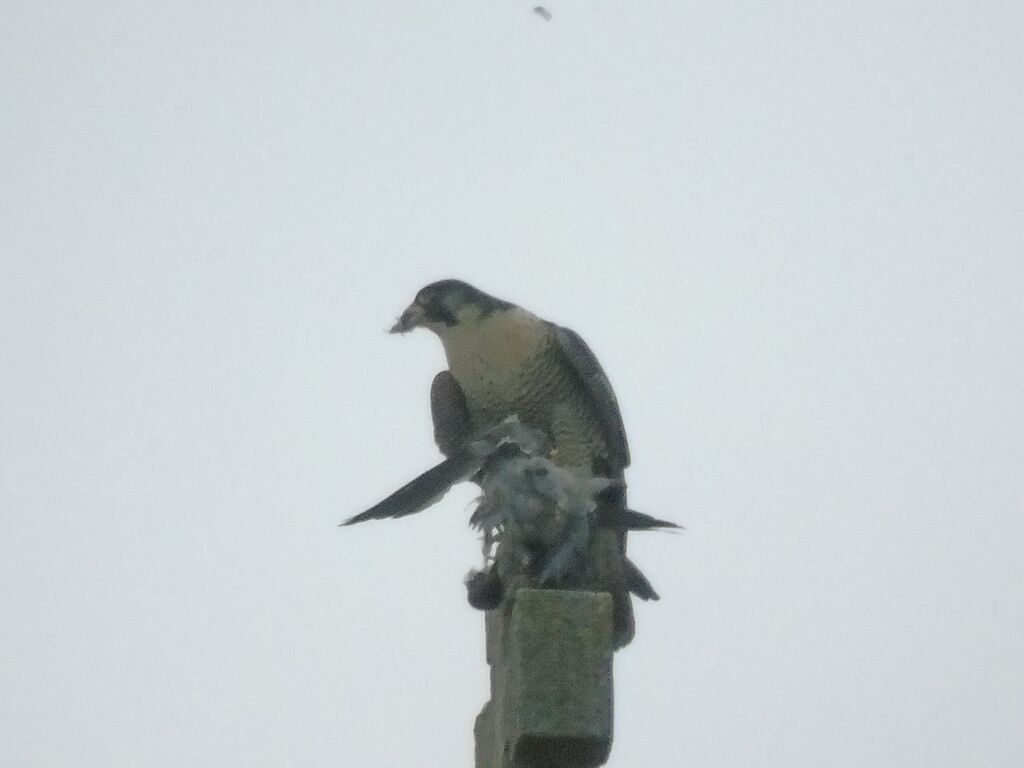 This is what a 'full beak' looks like! (Falco peregrinus)

The peregrine sure looked hungry. When I watched it eat a couple of times before, I had never seen it stuff its face full of feathers so greedily. It seemed extra hasty to get to the meat, something which actually turned out into a comedy performance as the peregrine was also screaming a lot and constantly losing balance on the spire, so adjusting itself.
And its chicks are turning into little kamikaze bombers. Another one of them crash-landed, and again got taken away. I hope the eldest is returned in due course, because it has been in there for a week and the promise of 'given a few days' has already turned sour, as there were no reported injuries for both of them.
Click to expand...