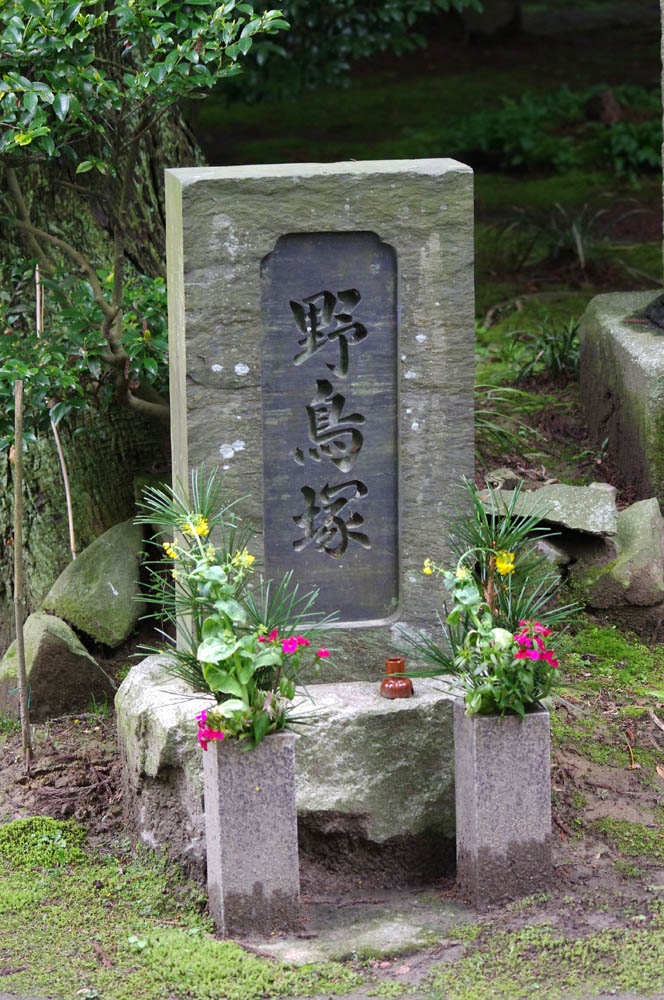 We went to a new place at the top of the mountain (hill) range between Nara and Osaka (the Ikoma range). There was a small temple we hadn't been to at the top. And there was the item in the photo: the three Chinese characters read 'Wild Bird Burial Mound'.

As you can see there are offerings which have been made at the mound. The temple has regular breeding visits from Lesser Cuckoo and from Japanese Paradise Flycatcher and the memorial seems to be dedicated to the memory of these birds who have visited, but are no more. It's a Buddhist thing, but you don't see it too often.

The character for 'Burial Mound' is used for ancient burial mounds - not the really big ones, but more like the mounds called 'Barrow' in England (as in West Kennet Long Barrow). There won't be an actual mound with real birds here; it's just a symbolic thing.
Click to expand...

Very interesting - I've never seen anything like that! Thanks for sharing it! (I'm enjoying your other pictures here too - obviously the ones that are not like those tricky warblers: very clean shots!)