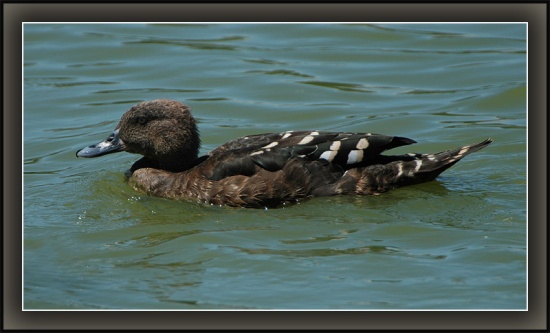 Brown-black head, black body, white marks on its back. The bill is dark and the legs and feet are orange.

Rivers and streams during the day, preferring large open waters at night. Water in wooded hills.

Usually in pairs which defend territories along rivers or streams.

It builds a cup shaped nest from driftwood and matted grass, and the nest is placed near running water. 4-8 eggs are laid and incubated by the female for 30 days. The young are cared for by the female, and fledge after about 86 days.

Search for photos of African Black Duck in the BirdForum Gallery