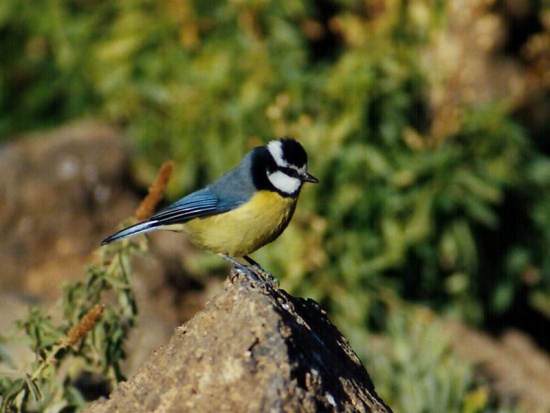 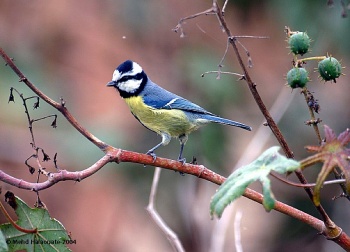 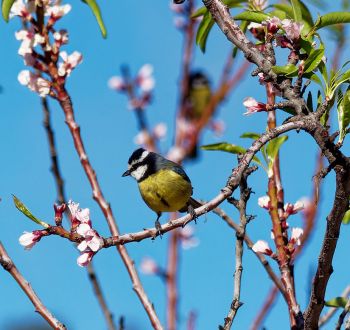 The North African Blue Tit C. t. ultramarinus occur from sea level to 2100 m in the Atlas mountain range of Morocco and Tunisia. Some vagrant birds in winter can easily reach the latitude of 28 dg N in southern contry oasis. C. t. cyrenaicae is found in Libya, while C. t. palmensis, C. t. teneriffae, C. t. ombriosus, and C. t. degener are found in different islands of the Canary Islands. 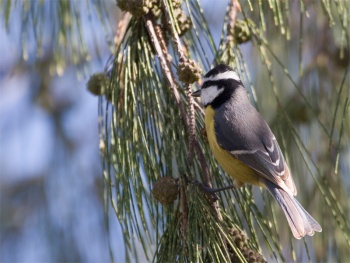 In the past, the genus Cyanistes was included in a broad view of the genus Parus.

Some authors have treated virtually every one of the subspecies listed below as independent full species. Certain other authorities, principally older works up to and including the Howard & Moore 2003 edition, treat the African Blue Tit as several subspecies under Blue Tit Cyanistes caeruleus.

It builds a nest from moss, wool, hair and feathers, and 7-8 eggs are laid in April or May.

Their diet is not well recorded, but presumably similar to Eurasian Blue Tit, typically seeds, insects and nuts.

Search for photos of African Blue Tit in the gallery