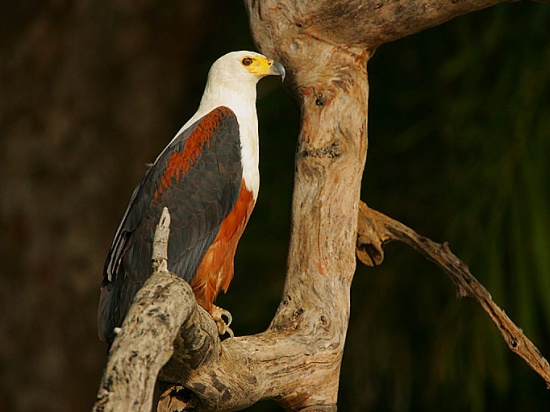 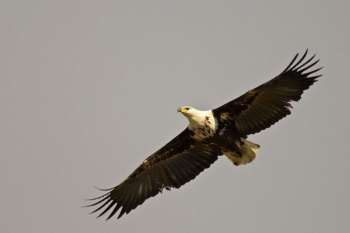 The eye is brown, the bill black, and the cere, lores , legs and feet are yellow.

Africa: widespread and common over most of sub-Saharan Africa from Senegal east to Ethiopia and south to the Cape. Scarce or absent from much of Somalia and the arid south-west. Probably largely resident with dispersal in response to rains in more arid areas.

An extremely rare vagrant to the Western Palearctic recorded in Egypt in November 1947 and at Lake Nasser, a juvenile in October 1997. A record of three birds in Sinai in November 1967 is now rejected. 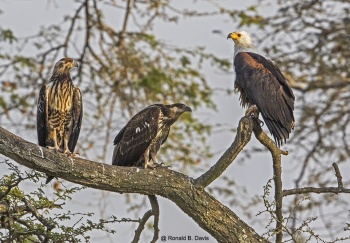 Rivers and lakes and along coasts and in estuaries and mangroves. Usually requires large trees for lookouts and nesting.

Feeds mainly on fish (up to 3 kg), but also eats carrion, birds and eggs (rarely mammals, reptiles and insects). Food is often robbed from other waterbirds.

The call is a loud, ringing WHOW-kayow-kwow.

Search for photos of African Fish Eagle in the gallery

Search for videos of African Fish Eagle on BirdForum TV