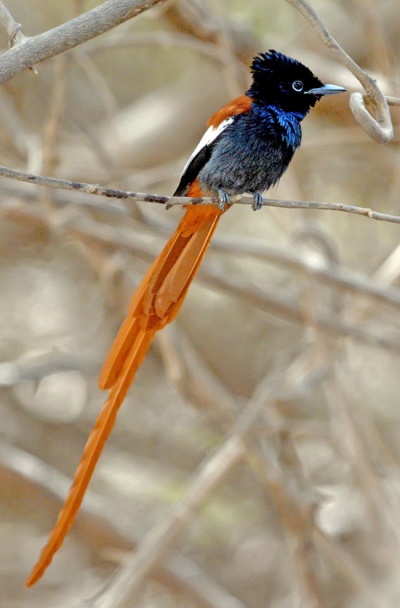 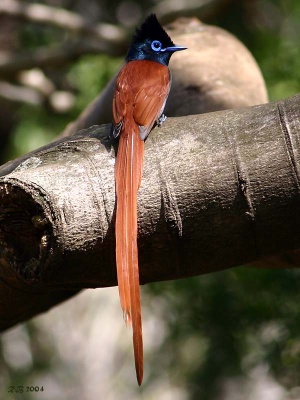 18 cm (7 in) with 10-18 cm (4-7 in) long tail streamers.
Male - black head, neck and underparts, chestnut wings and tail, white wingbar.
Female - browner tint to the underparts, no wingbar and no tail streamers.
Young birds are similar to the female but duller.

The male African Paradise Flycatcher comes in two distinct forms a rufous morph and a white morph. They may even change colour from rufous to white and can sometimes be seen part way through the change with a mixture of white and rufous feathers. The dark head and blue eye are common to both forms. The female always retains the rufous colouring. 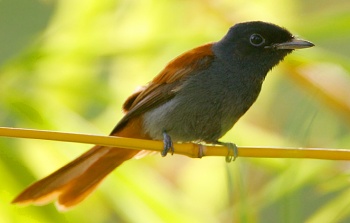 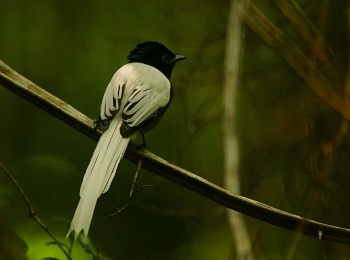 The clutch consists of 2-3 eggs which are laid in a tiny cup nest in a tree.

The diet consists of insects, including eggs and larvae, spiders; they also eat some small berries.

Search for photos of African Paradise-Flycatcher in the gallery

Search for videos of African Paradise-Flycatcher on BirdForum TV