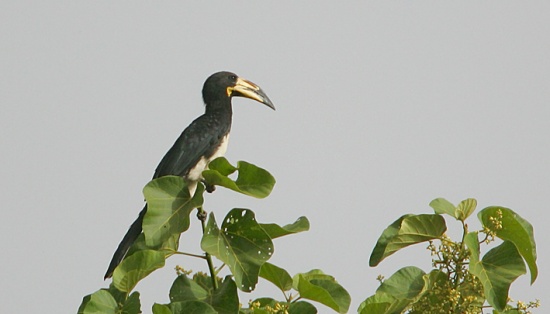 Sexes are similar, but the female has a smaller casque
Immature birds are duller, have a smaller bill, and no casque. 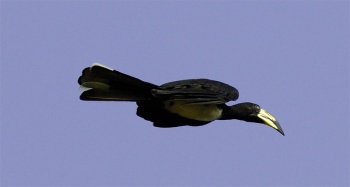 Formerly placed in the genus Tockus.

The nest is in a tree hole and 4 white eggs are laid. During incubation, the entrance is blocked leaving a small gap to enable the male to pass food through to the female and chicks. Eventually the female breaks out and rebuilds the wall. Both adults then feed the chicks.

The diet includes fruit and insects.

Search for photos of African Pied Hornbill in the gallery