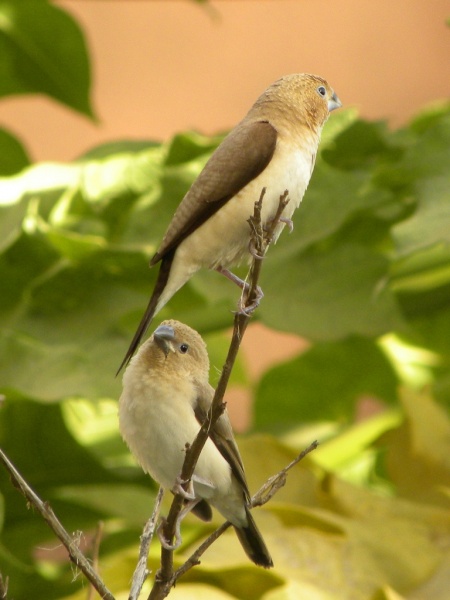 11 cm (4¼ in)
This is a small drab finch-like bird with grey-brown upperparts, pale buff underparts and a dark, somewhat pointed tail; the most obvious feature being the large silver bill!

A rather rare Estrildid finch found in sub-Saharan Africa north of the equator.


Common in dry habitats in the Hawaiian Islands (introduced). 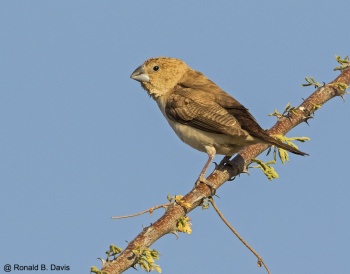 Some authorities place this species in genus Lonchura. [1]

Savanna, arid landscape with thorn bush, and grasslands with acacias or sparse grassland. Found from 250-1500 m. Often near settlement

Very gregarious, often seen cuddled up together on branches.

They generally feed on the ground. Their diet consists mostly of grass seeds and seeds from weeds and small shrubs. Also insects such as aphids are eaten.

The nest is a round bundle of grasses, lined with soft fibres and sometimes feathers, placed in a thick bush or hedge. 3-6 oval, smooth white eggs are laid and incubated by both parents for 11-13 days. The young fledge after 21 days.

Search for photos of African Silverbill in the gallery