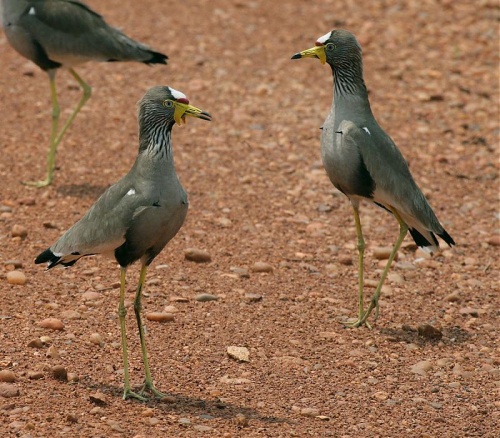 The nest is a shallow depression in short grass or bare ground, but always near water. Two to four eggs are laid, and incubated for 28-32 days by both sexes. Chicks leave the nest the day of hatching.

Search for photos of African Wattled Lapwing in the gallery