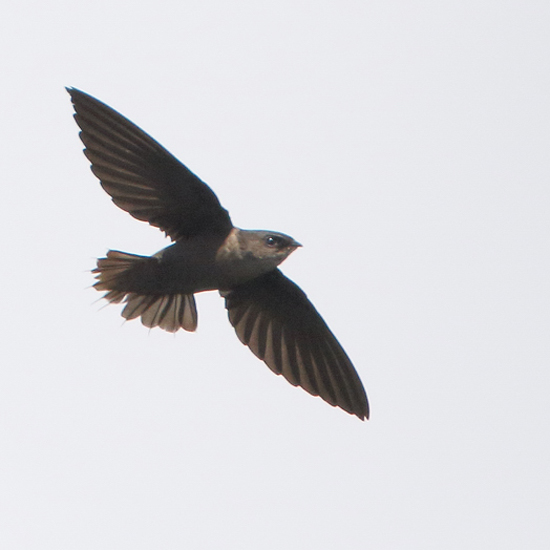 Larger than Vaux's Swift and with slightly more contrast between rump and saddle and darker below (especially on throat), smaller than Chimney Swift and shows more contrast on upperparts and has a longer tail and is paler below than Short-tailed Swift

Found from Panama south to Colombia, Venezuela, the Guianas, northeast Brazil and Trinidad, as well as in eastern Peru, eastern Bolivia, and western Amazonian Brazil.
A rare swift with a wide distribution, exact limits of range not well known.

Breeds in the wet season from late spring to early autumn, in Trinidad from early May to early June. One known nest in Trinidad was 20 cm below the top of a cement manhole in a brushy savanna, together with nests of Short-tailed Swifts. It was a half-cup nest. May also breed in tree hollows. Lays two, possibly three eggs.

Search for photos of Chapman's Swift in the gallery