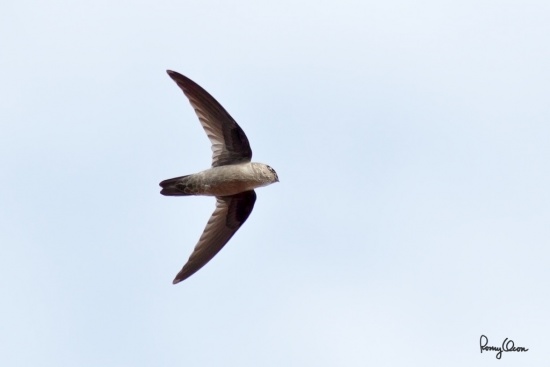 Usually found over forest, but also over coasts and islands. Recorded in lowlands and highlands.

Feeds on insects, taken in flight. Highly gregarious and often in big flocks together with other Swiftlets and Swifts. Feeds very low over open country and all day.
Breeding season differs throughout range. Nests in colonies in caves and is capable of echolocation. The nest is made of vegetable matter and hold toghether with little saliva. Lays one to two eggs.
Resident, but some wandering occurs.

Search for photos of Ameline Swiftlet in the gallery