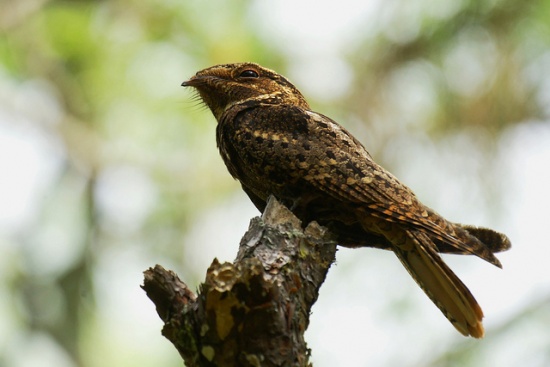 Casual to accidental vagrant north of range but with records in most eastern states and provinces; also accidental to California and Nevada.

It was formerly placed in the genus Caprimulgus

The white-grey dark marked eggs are laid directly on to the ground.

The diet includes flying insects such as beetles and moths.

Search for photos of Chuck-will's-widow in the gallery