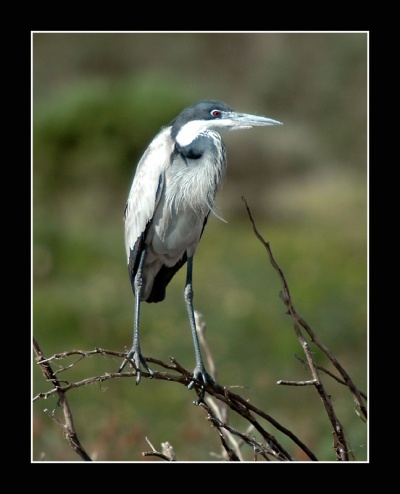 Similar in size and general appearance to the Grey Heron, which has a yellowish-orange bill and pinkish legs. 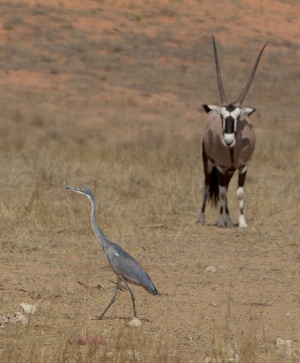 The underwings of the Grey Heron are entirely grey whereas those of the Black-headed Heron have a thick black trailing edge.

Africa. Widespread and common from Senegal east to Somalia and south to South Africa. Largely resident but migratory in parts of range, probably in response to rains.

Vagrancy is rare but there are old and unsubstantiated reports from Algeria, Spain, France and Italy. In November 1971 one was reported from the Camargue in southern France but this too, is unconfirmed. More recently an immature was recorded in October-December 1987 in the Eilat-Aqaba area. Also reported in southern Egypt.

Grasslands and fallow fields. Often seen in rank vegetation near lakes and marshes but, unlike the Grey Heron, seldom seen at water. 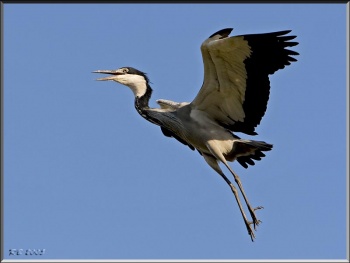 A wet-season, colonial-breeder. The bulky stick nests are in trees, reedbeds or cliffs. The normal clutch size is 2-4 eggs.

Search for photos of Black-headed Heron in the gallery