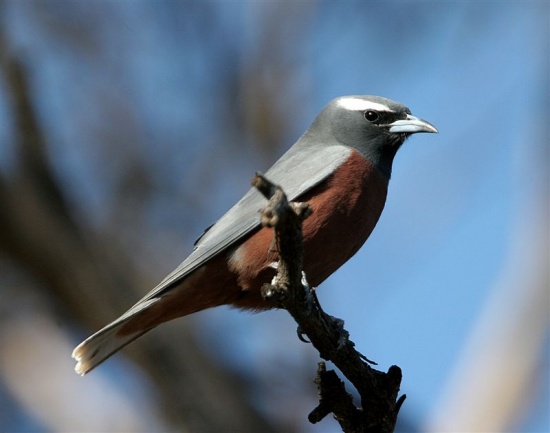 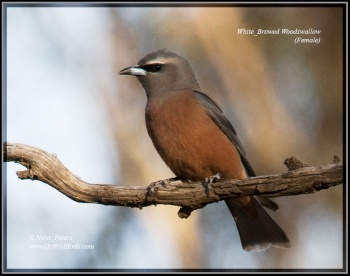 Juveniles are duller and browner than adults and are whitish spotted and streaked above and below.

Found in central and inland eastern Australia. Irregular in other parts of the continent. Has bred in Tasmania and possibly in New Zealand.
Locally common but irregularly. 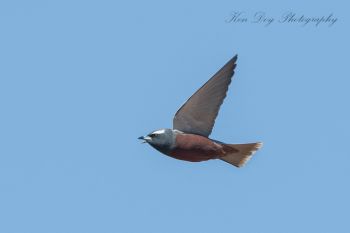 Feeds mainly on insects, takes sometimes also nectar. Nestlings are fed with grasshoppers, cicadas and large flying insects. Catches prey on wing, usually starting from a perch. Sometimes pounces on visible prey.
Usually seen in pairs or small groups, during migration in bigger flocks.
Breeds mainly from September to December, solitary or more often in loose colonies, sometimes in mixed colonies with Masked Woodswallow. A loose shallow nest is built from twigs, grasses and roots, and placed in a tree fork, hollow stump or fence post, about 1 m to 6 m above the ground. 2-3 eggs are laid. Both sexes build the nest, incubate the eggs and feed the young. Colonies are sometimes suddenly abandoned because of food shortage.
Highly nomadic.

Search for photos of White-browed Woodswallow in the gallery