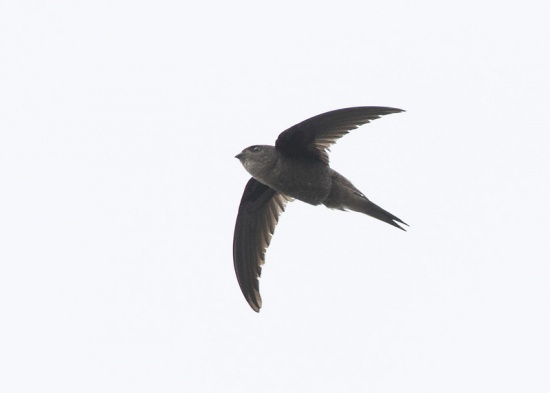 13 cm (5 in). A small swift with extremely long and narrow wings.

Forms a superspecies with the African Palm Swift Cypsiurus parvus and was also formerly lumped with this species.

Occurs wherever fan and betelnut palms are present. Cities, towns, cultivated area, rarer in forested areas. Up to 1500m.

Breeds all year round with local peaks. Nest built in palm fronds, sometimes in thatched roofs, usually small groups breeding together. The nest is a tiny half-cup, attached on three sides to palm leaves. The two eggs are not glued to nest as in African Palm Swift.

Search for photos of Asian Palm Swift in the BirdForum Gallery