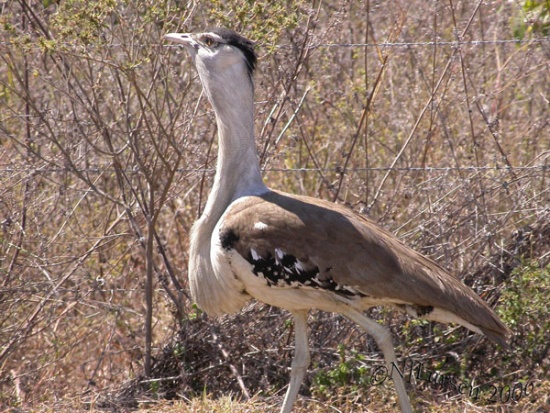 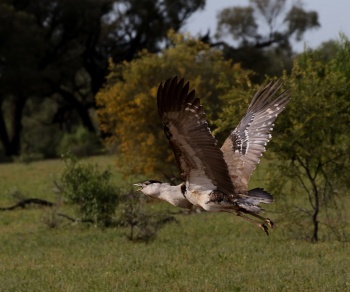 Lowlands of Australia (except south-western/eastern) and southern New Guinea.

This species is nomadic and partly migratory, leading to it being found further south in summer and north in winter.

In flight looks heavy with slow wing beats and feet protruding behind the tail. It is probably more likely to try to walk away than to fly away from danger.

In feeding, the Australian Bustard will avoid the heat of mid day. The diet includes leaves, buds, seeds, fruit, frogs, lizards, and invertebrates. Can be abundant around swarms of grasshoppers, or where house mice are common.

Male in display will inflate a breast sac with white feathers so that this reaches the ground, and fan the tail over the back.

In breeding, one to three eggs get laid on the ground, no proper nest is made. The female sits on the eggs and cares for the young.

Search for photos of Australian Bustard in the gallery

Search for videos of Australian Bustard on BirdForum TV