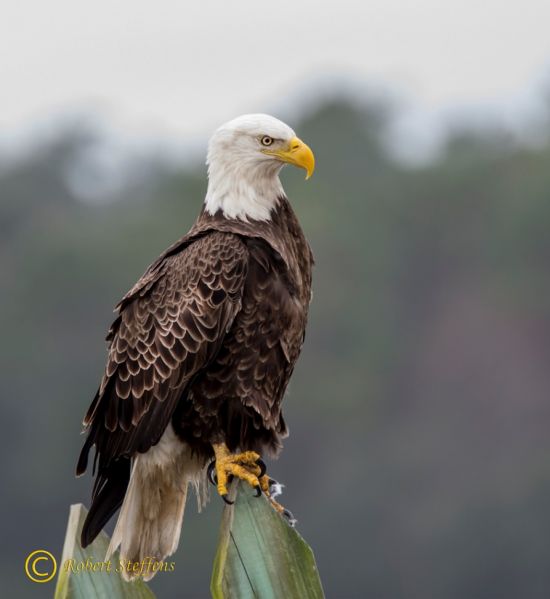 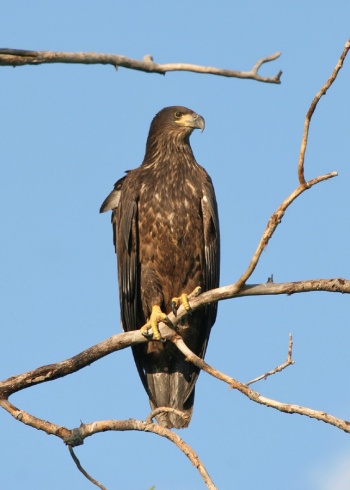 Immature birds lack the white head and tail (resembling adult Golden Eagle). The have a black bill and a varying amount of white plumage. 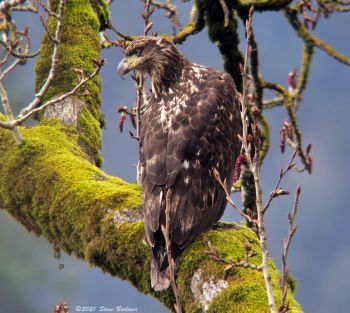 Breeds from Alaska east to Newfoundland and south locally to California, Great Lakes, and Virginia; also in Arizona, along Gulf Coast, and in Florida. Formerly more widespread. Winters along coasts and large rivers in much of United States.

The Bald Eagle was delisted (removed from) the Endangered Species List by the Department of Interior of the federal government of the USA on June 28th, 2007. 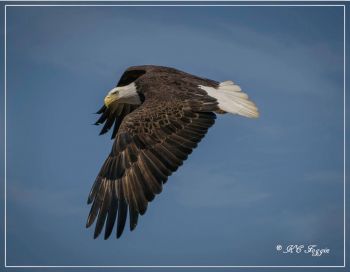 A third subspecies alascanus[2] is not recognised by all authorities.

They build a large nest of sticks on top of a cliff or in a tall tree. Two to three white eggs are laid.

Their main diet is fish, which is snatched from the surface of water. Alternatively they will rob an Osprey of its catch

Search for photos of Bald Eagle in the gallery

Search for videos of Bald Eagle on BirdForum TV