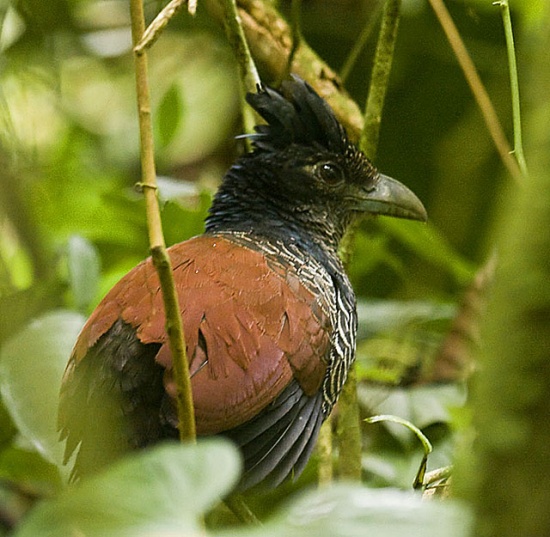 Rufous-vented Ground Cuckoo has a yellow bill, is bronzy-brown above, glossed green wings and a narrow, broken black chest-band.

South America: found in the humid lowlands of south-western Colombia and north-western Ecuador.
A rare and local species, poorly known.

Until very recently now information on nesting. Two recent records are from March to April and from May. Both nests were placed 5m above the ground in understorey trees. The clutch size seems to be very small, probably only one single egg.

Search for photos of Banded Ground Cuckoo in the gallery