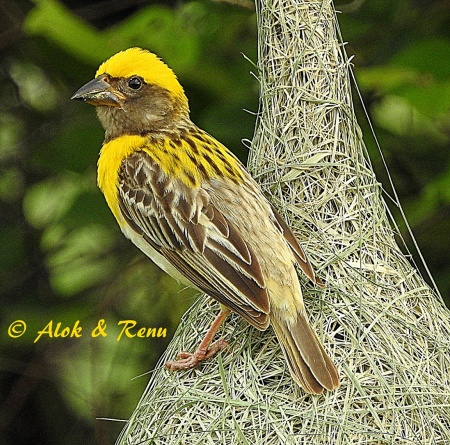 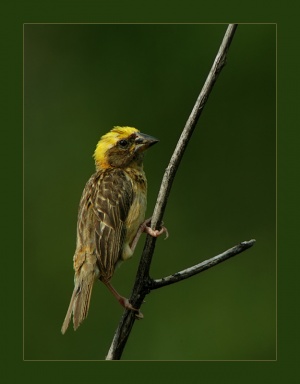 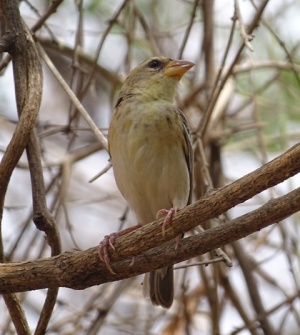 The diet consists mostly of grass seeds and cultivated rice.

Colonial nesters with up to 20-30 pairs, usually in trees near freshwater and open ground. The male builds a basic nest from woven grass which hangs from a palm frond or branch and resembling an upside down flask, which they then display to visiting females. If a female likes the look of the nest and its male she will mate with him before lining the nest herself and laying and incubating the 3-4 white eggs.

Search for photos of Baya Weaver in the gallery

Search for videos of Baya Weaver on BirdForum TV