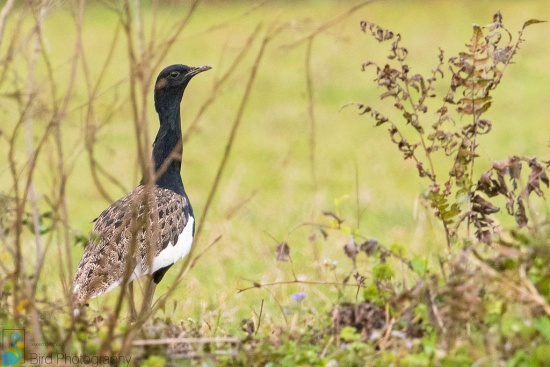 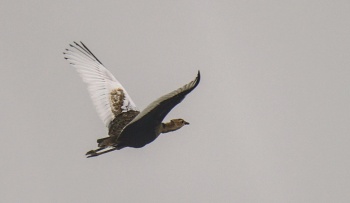 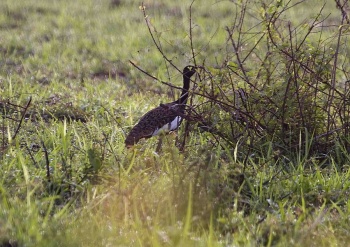 Two distinct populations; one in India and Nepal. The other in Cambodia and Vietnam.

Some authorities (Sibley & Monroe, 1996) lump the genus Houbaropsis within Eupodotis. However, Clements (2007) and Howard & Moore (2003) have split Houbaropsis as a separate genus, and the Opus follows in this consensus. 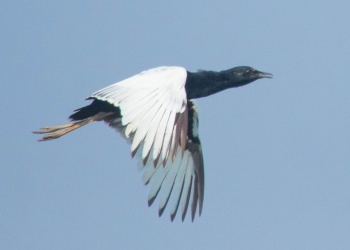 The diet consists mostly of vegetable matter in the non-breeding season, with the addition of invertebrates in the breeding season.

They nest in a bare scrape. The clutch consists of 1 or 2 eggs which are incubated by the female for 25–28 days. The female cares for the young.

Search for photos of Bengal Florican in the gallery