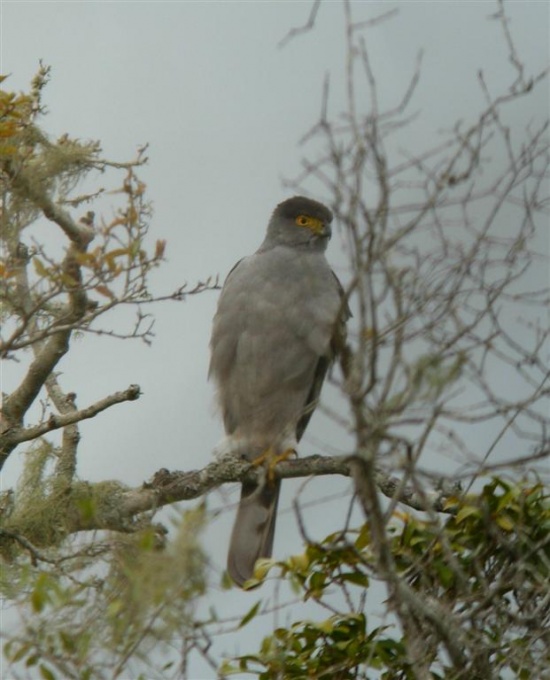 Photo by Peppershrike77
An adult photographed in north east Argentina

Adult birds have dark uppersides, plain gray undersides without any dark markings, and rufous thighs which can easily be hidden under gray belly feathers1, 2.
Juveniles are more variable showing undersides between white and rufous and less contrasting thighs, but always expected to have a neck collar similar in color to the underparts3.

A thread discussing differences between juveniles of this species and the Collared Forest Falcon is found here.
Also frequently confused with various other Forest Falcons and the Gray-bellied Goshawk.

Mexico to Argentina and Chile and east to the Guianas and Brazil. 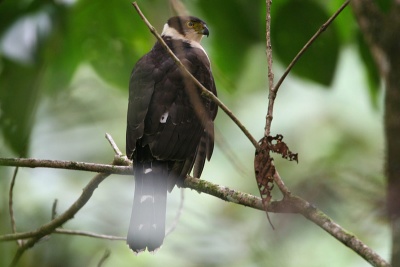 Photo by Firetail
A juvenile photographed in Costa Rica

The Chilean Hawk is sometimes accepted as full species. 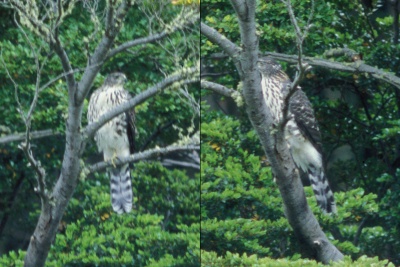 Breeds in open forest and forest edges. May be found in urban areas at other times.

It builds a stick nest; 1-3 dull light bluish to off-white eggs are laid and are incubated for 35 days; the young fledge 30-36 days later.

The diet includes birds, though large insects and rodents are also taken.

Search for photos of Bicolored Hawk in the gallery