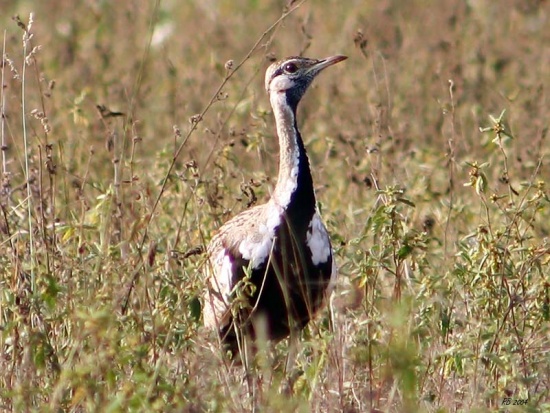 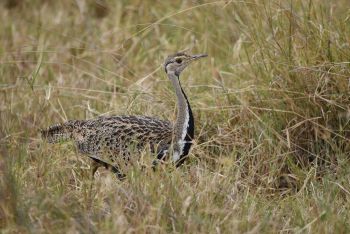 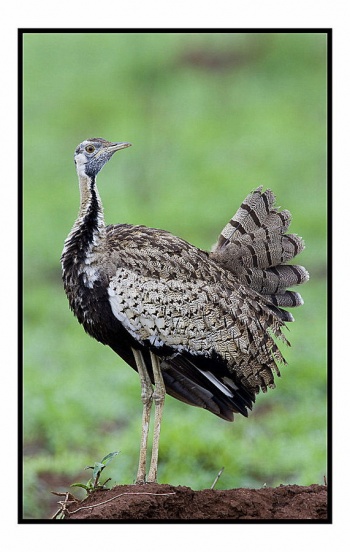 Some authorities (Sibley & Monroe, 1996) lump the genus Lissotis within Eupodotis. However, Clements (2007) and Howard & Moore (2003) have split Lissotis as a separate genus, and the Opus follows in this consensus.

Search for photos of Black-bellied Bustard in the gallery