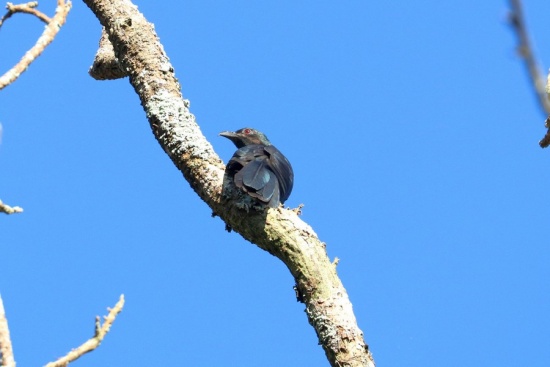 Juveniles are all black or like black-and-buff females but with black head to throat.

Black-billed Koel is limited to Sulawesi and Sula Islands.

Black-billed Koel with two subspecies were split from Asian Koel and Australian Koel by some authorities, however, others still think that the best treatment is to consider all three as one species which would then be named Common Koel, Eudynamys scolopacea.

Moist lowland forests. Also plantations, orchards and gardens in towns and villages.
From sea-level up to 1500m.

Search for photos of Black-billed Koel in the gallery