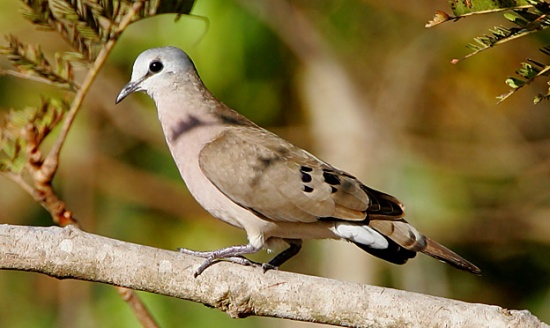 Distinguished from the similar Blue-spotted Wood-Dove by its uniform black bill with a black loral line, grey body plumage with a faint blue head-cap and a few large black (not blue) spots on the wing coverts.

This is a monotypic species.[1]

The two dark cream buff to brownish cream eggs are incubated for 13-15 days; the young fledging 15 to 17 days later.

The diet includes grass and other small seeds.

Search for photos of Black-billed Wood Dove in the gallery