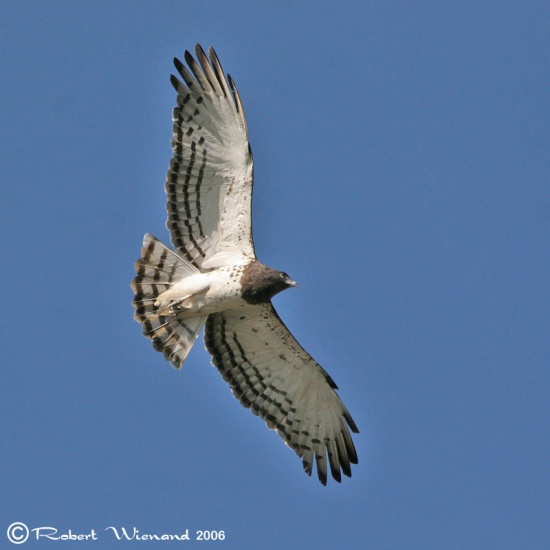 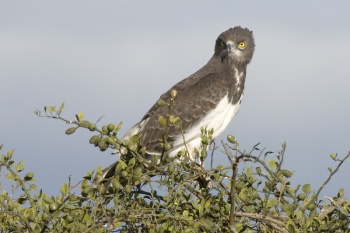 Africa.
From East Sudan and Ethiopia south to South Africa

This is a monotypic species[1].
Formerly regarded as a subspecies of Short-toed Eagle.

Ranges from desert to savanna and woodlands.

They breed during the months of July through to August. The single egg is incubated by the female for around 52 days. The chick will rely on its parent for up to 6 months after fledging.

Search for photos of Black-chested Snake Eagle in the gallery