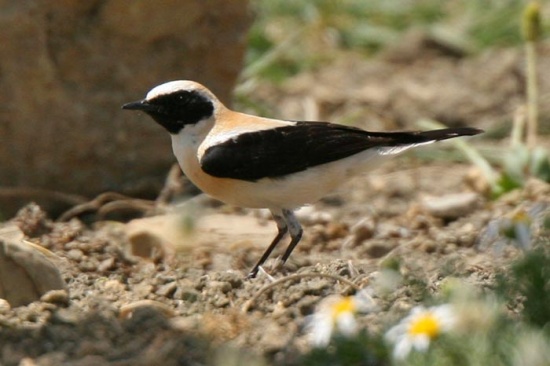 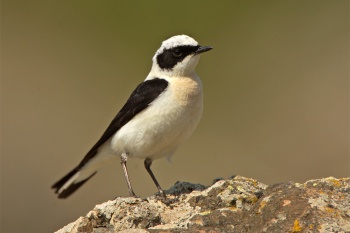 In autumn and winter the head and mantle are distinctly buff, as are the underparts, including the throat, but the buff varies in intensity.

Female - browner bird, and her seasonal changes are less marked. Can show a dark chin and face in autumn. 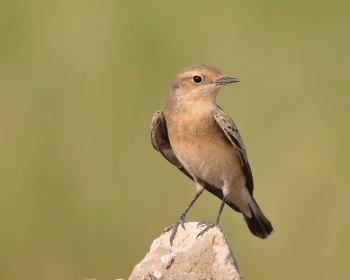 Males of the eastern race (as seen in Cyprus, for example) are much paler above than the western form. They can look almost black and white in strong sunlight, with just a pale sandy brown colouration.

The "western" subspecies hispanica is found from southern Europe and northern Africa to Senegal and Mali.
"Eastern Black-eared Wheatear" (subspecies melanoleuca) is found in south-east Europe to Iran and the Caspian Sea, migrating to northern Africa. 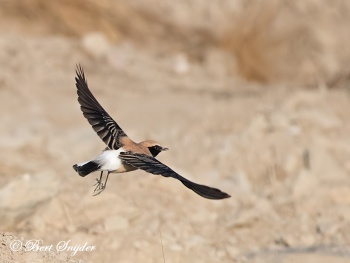 Nests in holes among rocks and walls, or under tussocks of grass.

Search for photos of Black-eared Wheatear in the gallery

Search for videos of Black-eared Wheatear on BirdForum TV