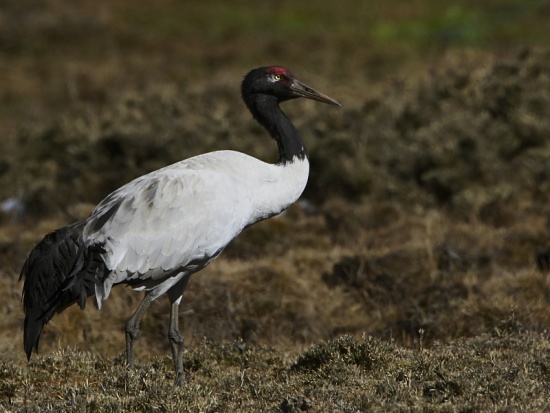 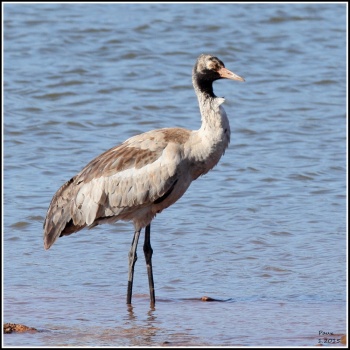 Nests are built from mud, grass, sedges, and other aquatic plants, and are placed on small grassy islands or in the water. Two eggs are laid and are incubated by both parents for 30-33 days. The young fledge at approximately 90 days.

Search for photos of Black-necked Crane in the gallery

Search for videos of Black-necked Crane on BirdForum TV