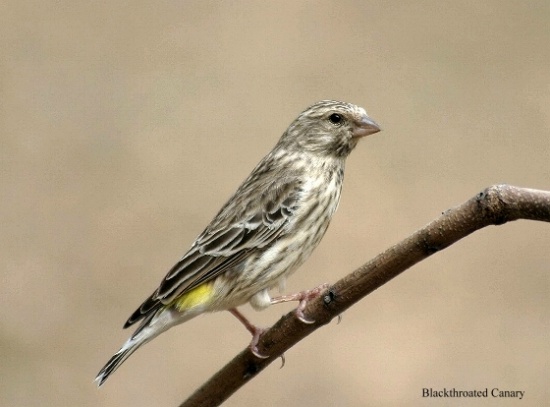 Length 12-14 cm. A pale grey-brown canary with a blackish throat, yellow rump and a white-tipped tail. 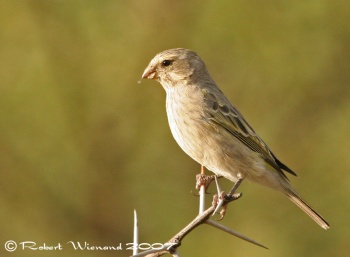 Africa: From Uganda and Democratic Republic of Congo in the north to South Africa in the south.

This species has seven subspecies:

Search for photos of Black-throated Canary in the gallery