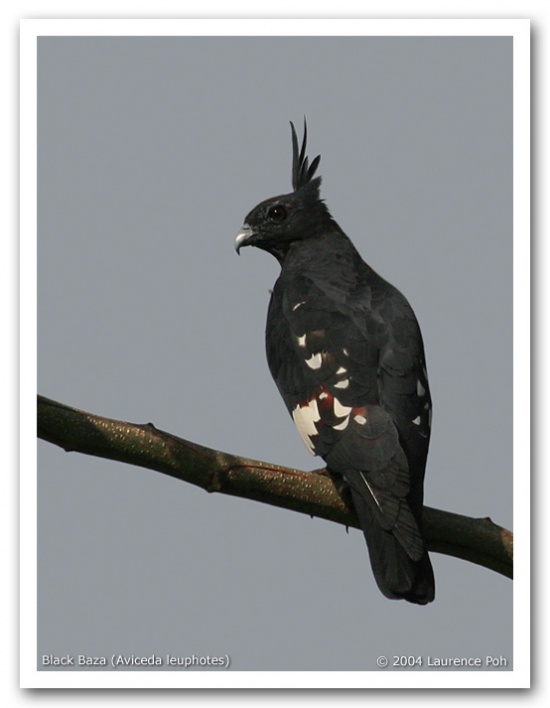 Southern Asia. Breeds in the foothills of the Himalayas and east across Burma and southern China to Hainan. In winter also found in SW India (Western Ghats), Indochina to Malaysia, Sumatra and less commonly to western Java. Recorded in Sri Lanka.

Northern birds migrate through Indochina and the Malay Peninsula to Sumatra. 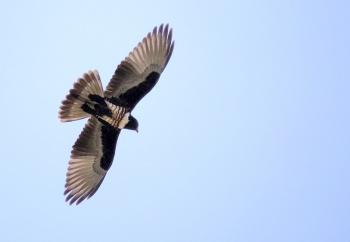 Wolfei is sometimes considered to belong to syama. Birds from Burma are sometimes placed in burmana. Some authors even question the validity of syama. More study needed for clarification.

Open evergreen or deciduous forest. This species is often found around clearings or wide streams, sometimes near villages. From the lowlands up to 1000m.

Reminiscent of a corvid in flight.

Only little known about breeding. March to May in Burma, February to June in South-western India, April to June in North-eastern India. The nest is quite small and placed high in a tree, often near water. Lays 2-3 eggs which are incubated by both sexes.

Search for photos of Black Baza in the gallery