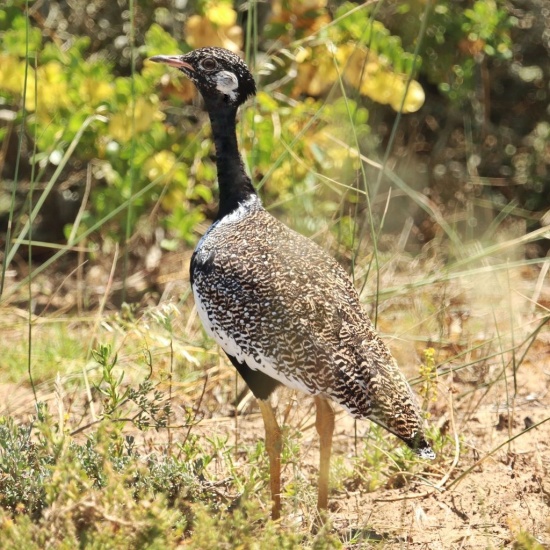 Adult male: The head and neck are black, except for the white cheek patches, brown crown, and white edges to the crown. A white collar accross the mantle extends to the sides of the breast. The remainder of the underparts are black. The folded wings are barred black and brown (black bars broader than brown) and have broad white edges.

In flight the primaries are black.

Adult female: The head, neck and breast are brown, with black bars on the crown and neck; there is no white collar accross the mantle. Otherwise similar to the male. 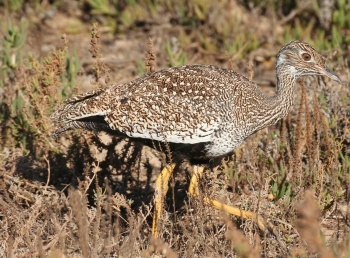 The closely related White-quilled Bustard has primaries that are predominantly white (obvious in flight), and the black and brown bars on the upper parts are similar in width.

This is a monotypic species[3]. 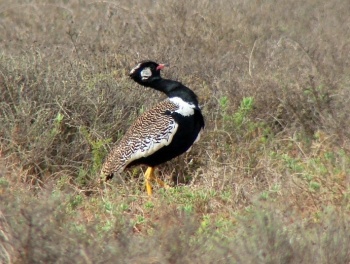 Fynbos and Karoo scrub and shrublands.

Polygynous and a solitary nester. One or two eggs are laid directly on the ground where the incubating female is concealed by the vegetation. The young are cared for by the female.

Search for photos of Black Bustard in the gallery

Search for photos of Black Bustard in the gallery