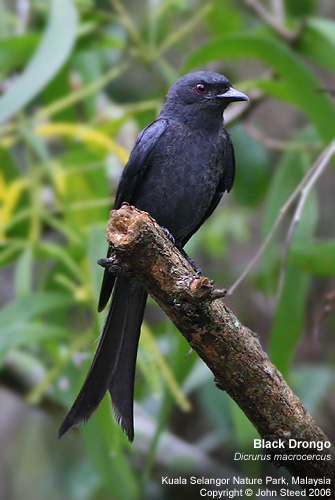 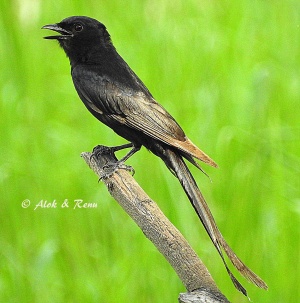 Ashy Drongo is smaller and slimmer and has a longer and narrower-splayed tail. It has also brighter red eyes.
The fork-tailed form of Asian Drongo-Cuckoo can be quite similar. 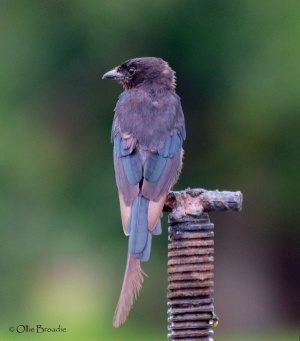 Forms a superspecies with Fork-tailed Drongo and is sometimes considered conspecific. 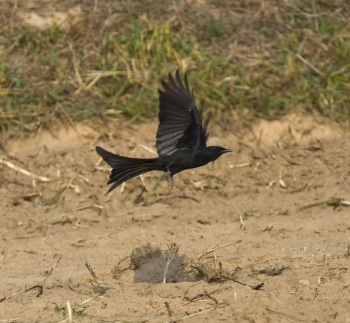 A solitary, highly territorial nester. Defends its nest against bigger birds like crows or raptors. The nest is a broad shallow cup, made of twigs, rootlets, fine grass stems and other vegetable matter. It's placed 4 - 7m above the ground in a tree. Lays 2 - 5 eggs.

Their diet consists of insects, including locusts, grasshoppers, beetles and crickets.

Search for photos of Black Drongo in the BirdForum Gallery

Search for videos of Black Drongo on BirdForum TV