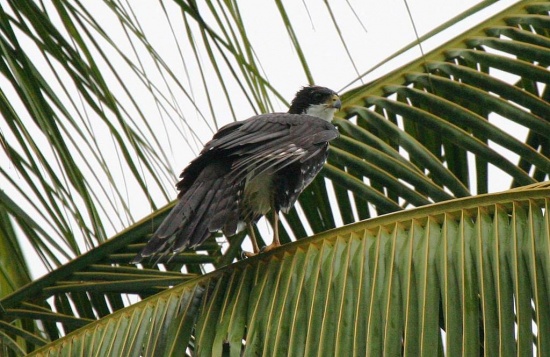 Adult: Head, back, upper wings and rump black. Upper tail blackish brown with darker bars and tip. The chin and throat are white, and the lower flanks are usually black, but the rest of the underparts vary from all-black to all-white. 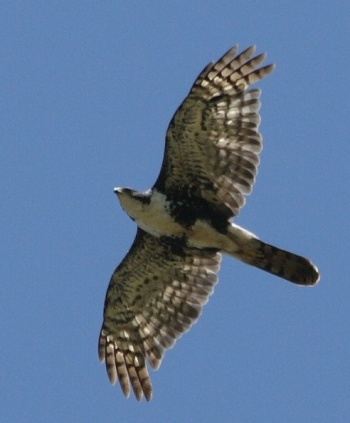 Forests and woodlands in sub-Saharan Africa.

Accipiter melanoleucus has two subspecies that differ in size and plumage colouration:

Solitary; usually inconspicuous as it spends much time perched in the canopy of large trees.

Monogamous and territorial. The nest is typically a large platform (300-750 mm high), more than 8 m above the ground in a large tree. Uses nests of Bat Hawk, Black Kite, Wahlberg's Eagle, Crowned Hawk-Eagle, Long-crested Eagle, other accipiters, African Harrier Hawk and Hamerkop. One to four eggs are laid May to September in southern Africa. 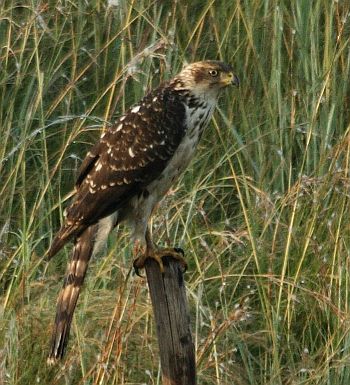 Prey is mainly (>98%) birds taken in flight, often within the canopy; will chase prey up to 1.5 km. Doves and pigeons usually constitute at least 66% of prey items.

Search for photos of Black Goshawk in the gallery