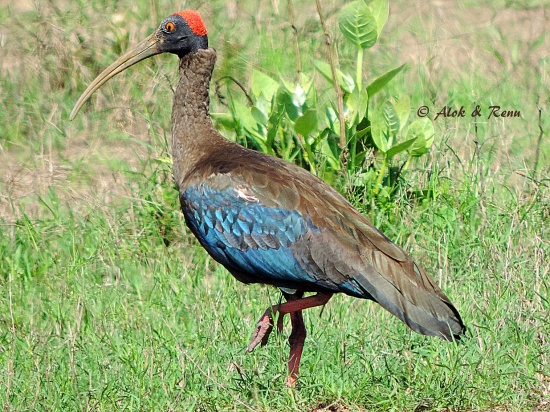 60–68 cm (23½-26¾ in)
Long down-curved bill, black head with a patch of crimson and white patch near the shoulder.
Immature generally dull matt brown and has head feathered.[2] 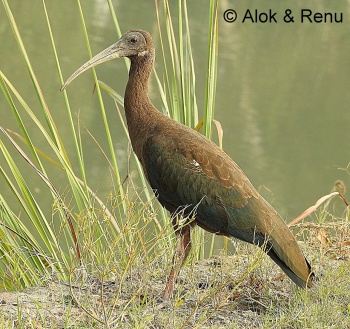 Semiarid lowlands of India and Pakistan.

It nests in trees.

Search for photos of Red-naped Ibis in the BirdForum Gallery

Search for videos of Red-naped Ibis on BirdForum TV