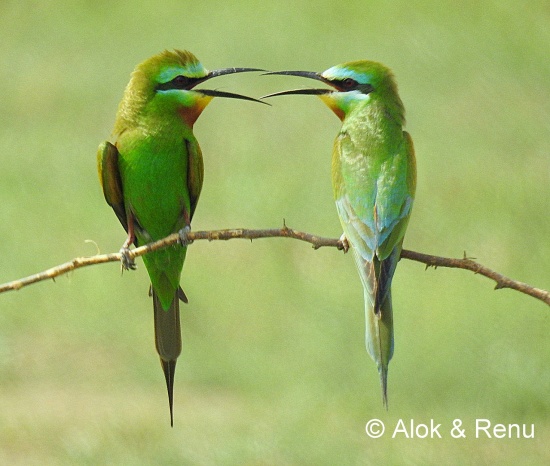 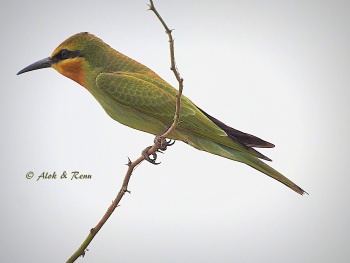 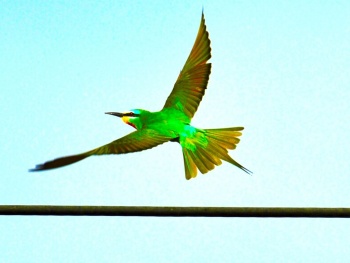 They hawk from exposed perches and overhead power lines.

The African subspecies mostly eat dragonflies, whereas the Asian birds include bees, wasps and hornets too.

They nest colonially in sandy banks, making a long tunnel. They lay 4-8 spherical white eggs which are incubated by both adults.

Search for videos of Blue-cheeked Bee-eater on BirdForum TV