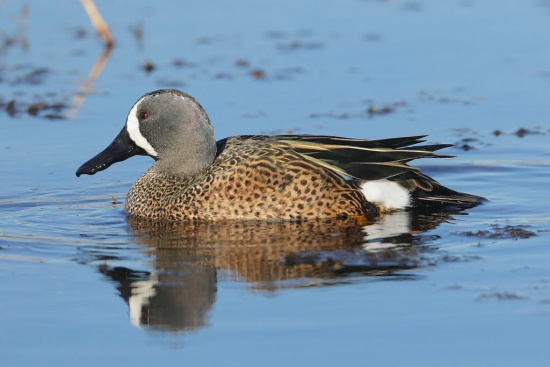 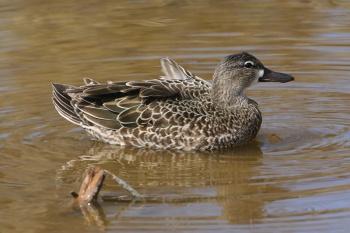 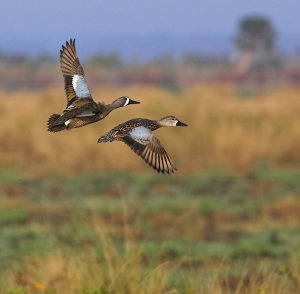 Breeds from southeastern Alaska and western Canada east to southern Newfoundland and south to northeastern California, Texas, and Maryland.

Vagrants are record in the British Isles annually (though some may have escaped from wildfowl collections); also recorded from most other western European countries, Morocco, and Hawaii and the Galapagos Islands. 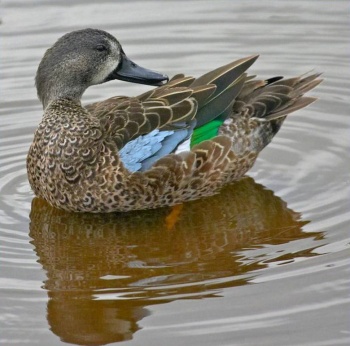 Most closely related to Cinnamon Teal (with hybrids recorded frequently); also less closely to Garganey, Northern Shoveler, and the other shovelers.

These birds fly in small groups or flocks.

The female incubates the 9-12 dull white eggs in a down-lined hollow concealed in grass near water. The male guards.

Search for photos of Blue-winged Teal in the gallery