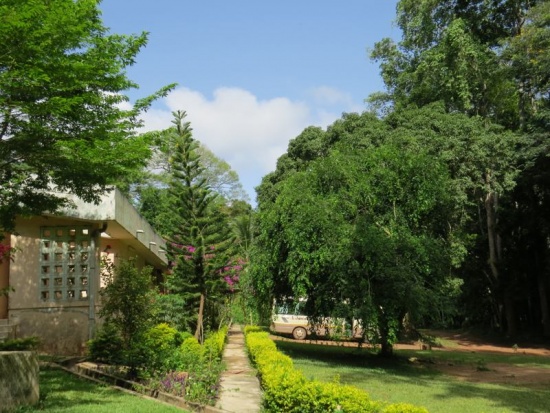 Created for protecting more than 400 species of butterflies, this reserve has also an impressive bird list. It's located close to Kumasi, the capital of the Ashanti region.

Yellow-footed Honeyguide and Tessmann's Flycatcher are two of the specialities here. Red-chested Owlet can be found behind the visitor centre.

Several species of squirrels and monkeys can be seen here.

The reserve is popular among the people of Kumasi at weekends. If you visit on a weekend, make sure to be there early.

Birdwatching is interesting from the road to the visitor centre and on the forest trails from the centre itself. Best times are early morning or late afternoon.

Bobiri can be reached by car from Kumasi. Take the main road to Accra. After approximately 30 kms you reach the small village of Kubease. Turn left there (signposted), follow the road for 1.2 km and turn right again to the reserve. Kubease can be reached by public transport.