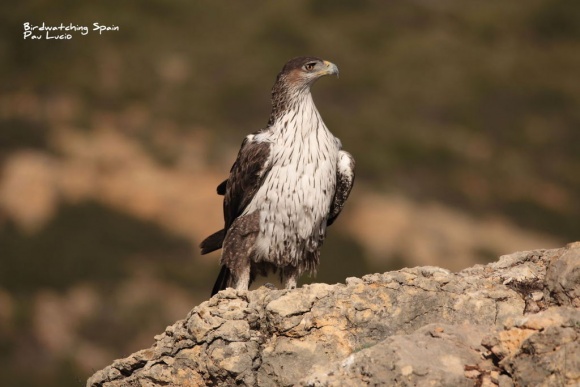 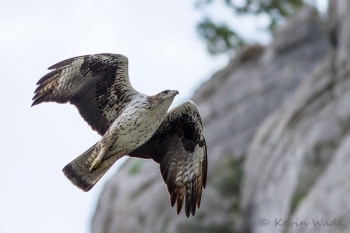 Immature: deep buff below and on underwing coverts, fine barring on tail, which lacks a terminal band. 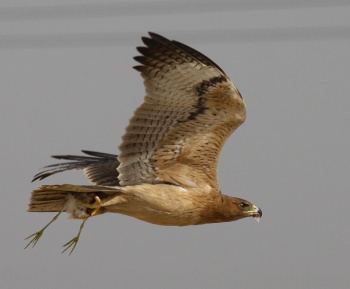 African Hawk Eagle never shows the white patch on the mantle; in the adult bird, flight feathers should be whitish with a broad black trailing edge.

Europe, Asia, and North Africa. Generally rare in Europe, the stronghold is Spain where it is found almost throughout the country except the north-east. Also found in southern France, Sardinia, and Sicily, scattered in parts of the former Yugoslavia and Greece, Crete, and some other Greek islands, Cyprus and in parts of Turkey. In North Africa occurs in the mountains of Morocco, north Algeria and in north Tunisia and in the Middle East breeds very locally in Israel and Jordan and patchily on the Arabian Peninsula. It has recently been detected in Djibuti and in Sudan. Declining in most areas. In Asia occurs from Iran eastwards through most of India and Nepal to South-East Asia, and eastern and southern China. Also occurs in the Lesser Sunda Islands.

Occasionally birds have been seen crossing the Mediterranean at Gibraltar but this is basically a resident species. However, young birds do disperse and vagrants have been recorded north to the Netherlands, Germany and even Finland, and although seen as close as Belgium, there are no records as yet for Britain. A 1974 record for Denmark has recently been reviewed and placed in Category D, ie there are doubts about the origins of the bird involved. Vagrants also recorded on the Canary Islands, Balearics and Kuwait.

African Hawk-Eagle has been split from Bonelli's Eagle. Both were formerly placed in genus Hieraaetus.

Mainly in mountain areas, nesting on crags or cliff-faces and hunting over maquis, open woodland and forest edge. Out of the breeding season often hunts over wetlands and more open country.

They nest in a tree or on a crag. The clutch consists of 1-3 eggs.

The diet includes mammals such as rabbits and medium sized birds.

Search for photos of Bonelli's Eagle in the gallery

Search for videos of Bonelli's Eagle on BirdForum TV