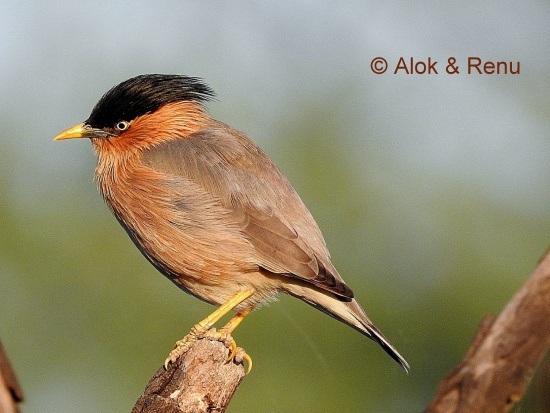 Sexes similar, males have a longer and blacker crest. Juveniles are much duller, have a sooty-brown head and lack the crest. 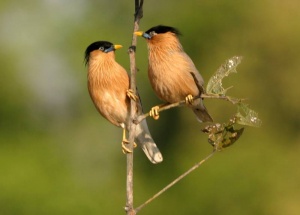 Asia: found from northeast Afghanistan east over Pakistan, India to southern Nepal and rarely in Bangladesh. Non-breeding visitors in Sri Lanka.
Vagrants recorded in northeast India, Burma, Thailand, Singapore and China but these may also be escaped cagebirds.
Common in most of its range.

This is a monotypic species[1] which is sometimes placed in the genus Temenuchus or alternatively in Sturnus. 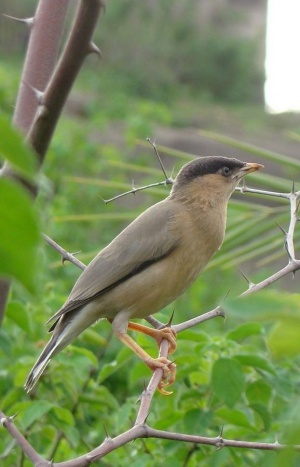 Breeding season mainly April to August. A monogamous, usually solitary species, sometimes in loose colonies. It nests in holes and 3-5 eggs are laid.

Search for photos of Brahminy Starling in the BirdForum Gallery

Search for videos of Brahminy Starling on BirdForum TV